TMPGEnc Xpress includes a fairly comprehensive toolkit for video editing, including everything you need for basic PAL to NTSC conversions.

When converting progressive PAL to NTSC, TMPGEnc Xpress removes or duplicates frames. When increasing the framerate, make sure to check for judder (jerkiness due to repeated frames). If you're already used to watching NTSC DVDs you may not notice the judder from inserting frames, as it's similar to what results from pulldown of film content.

Where TMPGEnc Xpress really shines is converting interlaced video from PAL to NTSC. Unlike many low cost programs, TMPGEnc Xpress can repeat fields instead of just complete frames. This sometimes results in some odd looking frames (when viewed as still images) but avoids adding too much judder


How to Convert PAL to NTSC in TMPGEnc Xpress


TMPGEnc Xpress has more than one place to find different video settings. You'll need to visit two of them to perform a PAL to NTSC conversion. 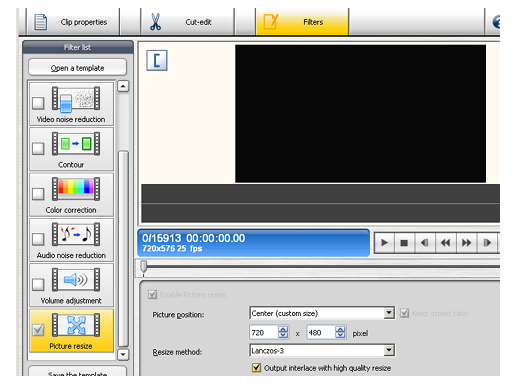 
When you first add your video source you'll have the opportunity to apply filters, which you can do by clicking the button at the top of the Clip Editing dialog. At the bottom of the list on the left is the Resize filter. Select it and you'll get options for resizing.

If you're encoding to put your video on a DVD or watch it on a NTSC TV you should make sure to use an appropriate resolution. That generall means 720 x480 or 704x580 for DVD or at least a vertical resolution of 480 for general NTSC compliance. 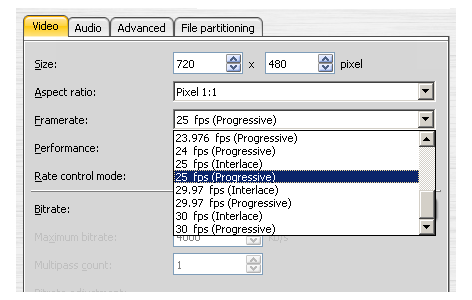 
TMPGEnc Xpress doesn't give you the chance to change the framerate until you get to the Format stage and select what codec you want to use. Look for the Framerate dropdown list on the Video tab.


When you convert progressive PAL video to a NTSC film framerate of 23.976fps, TMPGEnc Xpress removes some frames and duplicates others. Overall the quality is pretty good. If you convert to 23.976fps instead of actual NTSC you may also apply pulldown before you're done.


Increasing the framerate from 25fps to nearly 30fps is likely to introduce noticeable judder. As you can see, the extra frames added (on the left side) are exact duplicates of existing frames.