With the release of DVDXCopy right around the corner, we decided to take a look at the product and see how it works in action.

Note! Since I (Ketola) don't have a DVD burner, all tests were made using PowerDVD on the temporary files created by DVDXCopy. The biggest problems with backing up DVDs arise from splitting the disc contents properly, so this is not really a big issue. DVDXCopy supports many DVD-writers available. A full list of drives currently supported will be made available at DVDXCopy.afterdawn.com. This test is based on beta version F (11-08-02). The watermarks appearing on the screenshots don't appear on the actual program or movie backups.

I chose Jaws Anniversary Collector's Edition DTS to be my test DVD. The DVD is in DVD-9 format, with the movie taking up about 5GB of space and the extras filling up the rest. This is ideal for testing, since the movie won't fit on a single DVD-R (or DVD+R) disc. The backup process starts by inserting the DVD in the drive and starting up DVDXCopy. 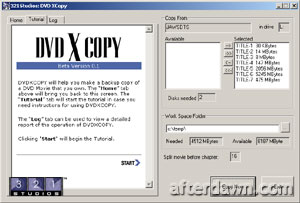 You're first greeted by a copyright notice followed by a straight forward interface. There's a tutorial on the left explaining the process, and on the left two list views. You select the titles you want to backup from the left and move them over to the Selected -list on the right. If you want a complete copy, you obviously choose all the titles. On the other hand, if you just want to backup the movie itself and leave all the extras out, you might be able to manage with just one DVD-R, even if the original disc was DVD-9. But usually in that case the movie does take up more than 4GB of space. Should the backup require two discs, DVDXCopy will show you the chapter point where the split will be made at. 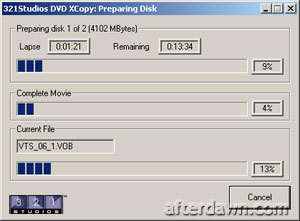 After selecting the titles you hit the 'Copy Now' -button. DVDXCopy starts processing the movie files and splitting it up, if necessary. The process usually takes around 10-15 minutes, depending on the movie. 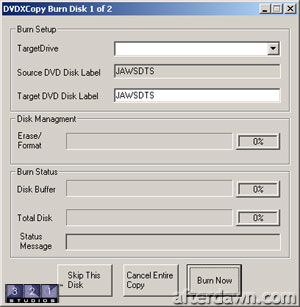 Next you're presented with a window requesting you to insert a DVD-recordable disc in your DVD-R/+R drive. You can also erase a DVD-RW or DVD+RW disc here, so you don't need to launch a separate program, if you notice that you don't have a previously erased or empty disc at hand.

The process for the second disc is essentially the same. With Jaws, you end up having two discs. 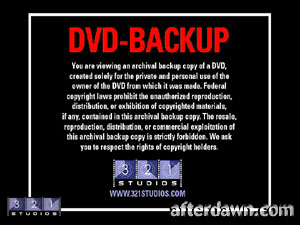 When playing the discs you're first displayed a notice that this indeed is a backup copy strictly for personal use. Each disc is also watermarked, so illegal copies can be traced to the source. 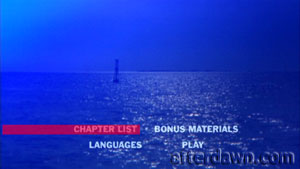 Disc one plays like the original DVD. You're presented with the regular logos and warnings and taken to the main menu. I decided to start watching the movie. 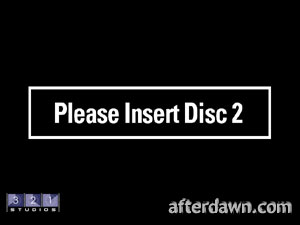 When the disc reaches it's end you're requested to switch to disc 2. As I mentioned earlier, Jaws DVD doesn't fit on one disc, so it had to be split across two. After inserting the second disc PowerDVD for some reason started showing the Storyboards -bonus feature, but I was able to access the main menu with the Menu -button, and resume playing the movie. The movie resumed from a chapter point in the movie, so it didn't cut in mid-scene or anything. Very nice! 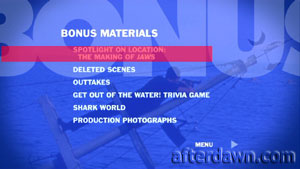 What's cool about DVDXCopy is that it moved all the extra features on the second disc, so you have as much of the first movie on the first disc. Also you don't have to swap between discs to watch the bonus material - they are all on the same disc.


Even though the product is still in very early stages of development, DVDXCopy shows great promise, and will surely be de facto for backing up your DVDs in near future. There are some rough edges to smoothen, and for now only NTSC movies are supported officially (although I have also tried it with PAL movies successfully), but nevertheless I'm impressed. There's no arguing that DVDXCopy is infinitely easier to use than any other DVD backup product on the market today.

To find out more about DVDXCopy visit the Official DVDXCopy support and discussion forums or DVDXCopy.com. You can also order DVDXCopy right now and try it yourself! (The release version of DVDXCopy will be available to pre-order customers on Friday, November 8th 2002.)