How to root your Android phone

This guide will teach you how to "root" your Android phone, in this case a G1, to give yourself root access, as well as the ability to run applications off the SD card, create custom ROMs, create backups of the full state of your phone (image), turn your phone into a wireless router, or other other devices to connect to the Internet. 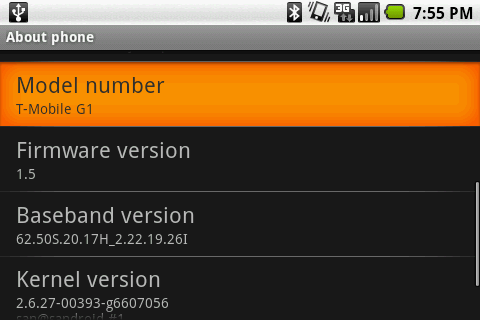 It is important to first check what firmware version you are using. Head over to Settings > About Phone and check the Build Number. If it is ANYTHING under RC30, then you do not need to root, if it is anything over, especially, if you are using Cupcake firmware 1.5, then you can continue this guide. If you have anything under RC30, you can skip ahead down to where the downgrading process is finished. (Be noted this is United States versions, do not try this on European phones) 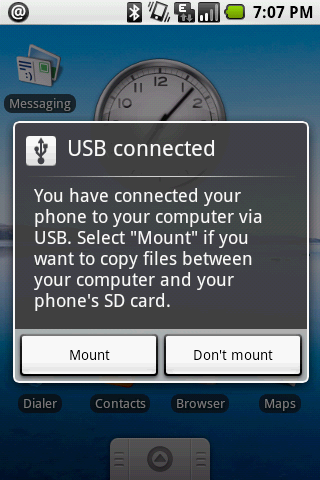 Back up anything you want from your SD card and then hook up the phone to the computer via the USB cable. Touch the notifications and select the SD card one. Finally hit Mount to mount the SD card and make it an accessible drive on your computer. If it is not already so, format the card to FAT32 file format by right clicking on the drive in My Computer and then hitting Format.

Now that you have the SD card formatted and mounted, and RC 29 downloaded, copy the file to the SD card. It should be DREAIMG.nbh.

Shut down the phone completely now. 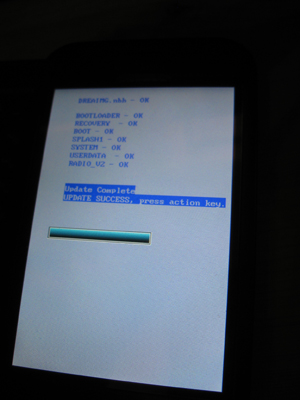 Now, with the phone off, hold the Camera side button and press the red Power button. You will be greeted by the bootloader screen that will then read the NBH file. Press the Power button to start the upgrade. This will take two minutes. When it is done, hit the trackball and then restart your phone.

Your phone is now rooted, but that is not where it ends, we need to make sure you can install custom firmwares, and then update back to version 1.5 cupcake.

Unrar both those files onto the SD card (this means you will need to connect the phone again and mount) and then unmount, disconnect, and turn off the phone. Reboot your phone and at the home screen, begin typing (using the QWERTY keypad) the following commands:

cd sdcard then hit enter. Right after, type sh install and hit enter. When you were typing, the phone will have taken you to your contacts list. No matter, keep typing. After hitting enter on SH install, your phone should reboot itself. 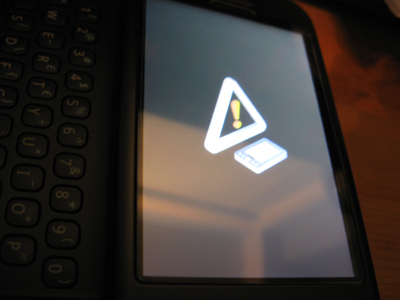 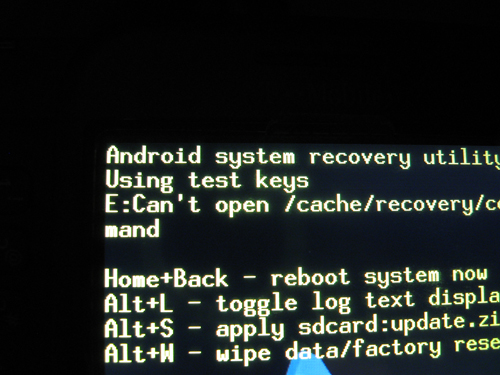 To test if the phone has been successfully flashed, turn off the phone again and to reboot, hold the Home (the house looking one) then press the Power button. Hold the Home button until you see an emergency screen like above (with the triangle and !). From there, hit Alt+L on the QWERTY and the phone give you a screen like the second one above. If it says "Using Test Keys," then the process was successful.


All that is left is to upgrade your phone back to its previous firmware, but this time with a custom rooted 1.5.

First off you will need the custom 1.5 firmware. (This will work in the future with custom 2.0, etc)
You can get the firmware, from the creator, here: JF 1.51 CRB43 Cupcake

Once you have downloaded the update, rename the archive to update from whatever it is so that the full archive is intact (unpacked) and is Update.zip.

The next part is important. Insert your microSD card into the slot in your G1 and plug the phone into your computer. Your phone will give you a notification that you are now connected via USB so open the notification and select Mount. Your SD card will now be accessible via the computer as a removable drive. Move the Update.zip to the SD card, in the main directory, not within a folder. 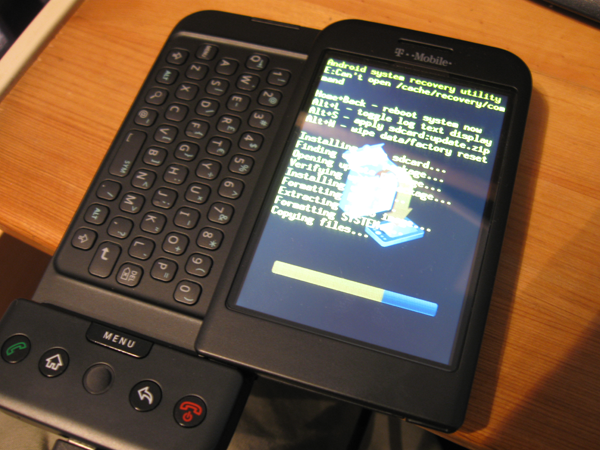 For the next step, turn off your phone. When rebooting, hold Power and Home and you will restart in Recovery Mode. There should be a small logo on your screen that shows the phone next to a large exclamation point.

Hit Alt+L to get to the Boot Menu.

Hit Alt+S to begin the update process off the SD card.

When the process is complete, reboot as instructed on the screen and the update will complete. You are done!

That is it for this guide, but coming soon are more guides explaining how to run applications off the SD card, create custom ROMs, create backups of the full state of your phone (image), turn your phone into a wireless router, or other other devices to connect to the Internet.