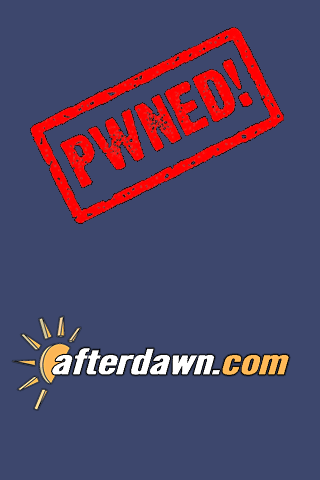 With the release of the version 2 software for the iPod Touch it's no longer necessary to break into it to add your own software. But if you want the freedom to add whatever software you want instead of just the titles Apple approves you still need to jailbreak it, which is where WinPwn comes in.


WinPwn is a Windows implementation of Pwnage Tool, which was developed by a group called the iPhone Dev Team. Using WinPwn and Apple's own software update you can create your own custom firmware, including not just the ability to add more software, but also a custom boot screen. Best of all, you won't lose any functionality from the v2 (firmware 1.2) software upgrade. You can still buy and run programs from the iTunes App Store. You just happen to get more options that aren't there by default.


If you're already using a jailbroken iPod with the original (v1.x) software on it you'll probably find that many of the programs you've been running aren't available for v2 yet. Although some have been rewritten as official iTunes applications and others have been ported to work once you jailbreak your iPod, there are still many that either aren't ready yet or never will be. Before you decide to upgrade you will want to consider whether you'll be losing more functionality than you gain. And of course you'll also have to decide if its worth the $10 pricetag.


As of the time this was written the v2 software has already been updated once. If you updated before a new version of Pwnage Tool is released you may temporarily lose the additional software you've added by jailbreaking your iPod. Always make sure to check the iPhone Dev Team Portal before updating if you don't want to risk that happening.