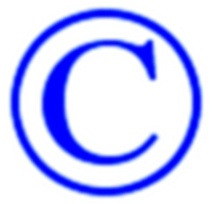 After reading statements made by U.S. Register of Copyrights Marybeth Peters it shouldn't surprise anyone to find out that she's a self described luddite who doesn't even have a computer at home. Short of being in a coma since the law went into effect in 1998, that's the only explanation for saying "I think it did what it was supposed to do," which is what she recently told an audience at the Future of Music Policy Summit.
Just a cursory glance at recent DMCA activity finds clear evidence of organizations abusing the law's takedown provision to force the removal of material that they have no legal claim to. Last week Timothy Vernor filed a lawsuit against CAD software maker Autodesk for repeatedly sending takedown requests requiring eBay to remove his auction of a perfectly legal copy of AutoCAD. Without the DMCA they would have had to take him to court and convince a judge that the wording of their license agreement, which Vernor couldn't have even read before opening the software package, carries the legal weight to void the first sale principle which gives him the right to re-sell legally purchased copyrighted products. The first sale doctrine has proven very resilient to legal challenges, and would require much more than Autodesk's word, which is all it took to repeatedly thwart his attempts to sell the software on eBay under the DMCA. After several complaints from the software company his eBay account was suspended, stopping him from selling anything on the site for a month.

In another recent episode, Creation Science Evangelism Ministries has been sending takedown notices to YouTube over a group called Rational Response Squad of posting their copyrighted material. The fact that the group's site explicitly gives permission for anyone to copy and distribute the videos as long as they don't charge for them isn't a factor, because no proof is required for a DMCA takedown notice. Proof is only necessary if you want to defend yourself against such a claim.

Although the practices in both cases are actually violations of the DMCA, with no government oversight for takedown notices it's up to injured parties to make sure the law isn't abused. For most individuals such a lawsuit is prohibitively expensive and time consuming, making it easy for abuses to go unchecked.

In an age where intellectual property issues primarily revolve around technology, we can't afford to have copyright officials who are technologically illiterate. If you don't understand how technology works, how can you be expected to grasp the implications of copyright law?

Quote:"I think it did what it was supposed to do,"


Well, in an odd way, she's right. The DMCA was never about protecting copyrighted works, but it's purpose was to criminalize legitimate activities involving copyrighted material. I bet that's not what she was thinking when she said that though.
218.9.2007 07:05
redux79
Send private message to this user
Member

great guilty untill proven innocent thats exactly what the founding fathers intened right? reminds of antoher great folly in american history, if you float your a witch and if you sink your not.

Actually the DMCA has one bit in it which is wonderful..

"it is illegal to attempt to break any encryptions"

Splendid.. so we can hack away at every encrypted file we see, and when we break it we keep it to ourselves and have access to all kinds of confidential data which the owners think is secure because it is illegal to attempt to break it, and nobody will ever dare to tell them how insecure the encryption is.. What a superb idea. /me likes very much.

an umbrella that holds onto the darkness is all there is
423.9.2007 11:43
ZippyDSM
Send private message to this user
AfterDawn Addict

the fact is that u get companies to police tech industry that have no idea abot I.T. so go figure why they are shooting themsleves in the foot once again :)