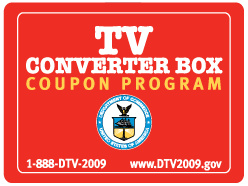 According to numbers released just last week by The Nielsen Company, 5.7 million US households are still not prepared for the upcoming DTV transition. Nielsen analysts say this is actually a big improvement from the end of last year when the number was around 7 million.
Despite the impressive gains so far in the month of January, a significant percentage of the population is still unprepared for what's going on in less than a month. Around 10% of African-American and Hispanic households aren't even close to being ready according to the Nielsen data, gathered from the same sample used for their famous television ratings.

“Nielsen has been preparing for the transition to digital television for more than two years,” said company Vice Chair Susan Whiting. “Because we recognize that accurate and reliable information on consumer behavior is essential to this transition, we’ve been sharing our data with clients, government leaders and the public so they could track progress to digital readiness.”

In recent weeks there has been a movement in Washington to delay the transition a few more months. Supporters of the idea include President Obama and several key members of Congress. This isn't particularly surprising given the comments made at various hearings on the subject in the past. In the days leading up to the inauguration of President Obama the chorus of critics was even joined by an FCC commissioner. 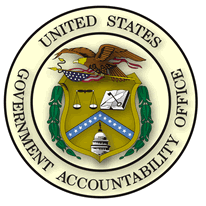 The Government Accountability Office (GAO) had been quite critical of the FCC's handling of the transition for over a year. In 2007 Mark L. Goldstein, director of physical infrastructure issues for the GAO, noted "There is no one in charge, and that is cause for concern." A GAO report issued later that year was highly critical of the FCC, saying "no comprehensive plan exists for the DTV transition." It went on to say that such a plan is necessary for setting "milestones and key goals, which provide meaningful guidance for assigning and coordinating responsibilities and deadlines and measuring progress." Another report six months later remained critical of the agency, pointing out that only a third of people who needed vouchers to purchase DTV converters knew how to get them.

Governmental officials haven't been the only ones skeptical of US readiness either. Less than a year ago prominent engineers were questioning whether the FCC estimates for digital reception were realistic. One specialist went so far as to say "at least 50 percent won’t get the channels they were getting.” The FCC finally scheduled a real world test for last September, but that seems like too little too late.

If you happened to be one of the people who prepared as soon as possible you were probably disappointed. As we found earlier this year, converter box supplies were limited, making them hard to find on store shelves. It also took several months for certain features, like analog passthrough, to become available at all. If one or more of the channels you watch use low power signals this may be necessary for you to continue receiving them.

Of course the man receiving the lion's share of blame for our current situation won't be around to take responsibility. Like most political appointees from the Bush Administration, Kevin Martin has already resigned. Not that there's time for finger pointing. Even if the proposal for a four month delay becomes a reality it will require an all-out effort to correct the problems.

If you are in the US and have any question at all about whether you're ready for the transition read our guide titled Preparing for the US DTV Transition for more information.
Tweet
<Disney tries to give Blu-ray a headstart >iPhone sales surge year-on-year
Previous Next

Well I'm still waiting for my coupon. This is what it says straight off of the coupon website

They did say it would take up to 10 business days to be delivered, so it's looking like I shouldn't worry until after this Thursday.

What's frustrating though is that I keep reading these stories saying that there's no more money for the coupons, does this include my coupon or not?
226.1.2009 15:14
DVDdoug
Send private message to this user
Junior Member

Quote:5.7 million US households are still not prepared... actually a big improvement from the end of last year when the number was around 7 million.

At that rate, maybe everybody will be ready in 6 more years. If the government delays the change-over again, there's no hurry.

Quote:There is no one in charge, and that is cause for concern... no comprehensive plan exists for the DTV transition.

These silly government bureaucrats think the world will come to an end without their "help".

When their TVs stop working, people will go to the store and get a converter box or a new TV, or they'll sign-up for cable... Or maybe they'll find something else to do! It's not such a big deal if a few million people can't watch TV for a few days.
326.1.2009 16:09
subpopz
Send private message to this user
Newbie

Who are these millions and millions of people not ready?
Obviously, they are not watching the TV's they have otherwise they would know.

Screw 'em. Do it and they'll soon get the equipment they need. No way can anyone claim ignorant, they've been talking about this on a variety of media forms for what, 2 years now?

Quote:When their TVs stop working, people will go to the store and get a converter box or a new TV, or they'll sign-up for cable... Or maybe they'll find something else to do! It's not such a big deal if a few million people can't watch TV for a few days.

I love this agenda driven spin. However, this will likely be the "biggest" non-event since the Y2K scare. The same hysteria is trying to be generated leading up to the switchover.

There has been more than enough information given on the matter. It's been all over OTA programming ad nauseum.

If folks aren't ready, it's because they have chosen not to act. I see no problem at all in the way it was handled. You can lead a horse to water, but you can't make him drink.

Wait a mniute, you mean they are going to wait for more people to become 'prepared' before they go through with it.

Have a nice wait. Most people are either ignoring it or just don't want to deal with it. I say do it, if you're not 'prepared' that's your problem.

Originally posted by gnovak1: Wait a mniute, you mean they are going to wait for more people to become 'prepared' before they go through with it.

Have a nice wait. Most people are either ignoring it or just don't want to deal with it. I say do it, if you're not 'prepared' that's your problem.

AMEN!! Some tough love... If we wait for the procrastinators we will be waiting forever.. There has been plenty of warning. Are these the same idiots that won't leave an area when a hurricane or tornado is forcasted and then blame the government when they lose everything. I think so...
826.1.2009 20:47
cazer
Send private message to this user
Member

1.3 million in a year? what do they think a few more months is going to do? just make the transition!

First things first. Who are these 7 million people needing the boxes? Do we really have that many people still sitting around watching 3-5 channels on antenna?

Second, I personally know at least 10 people that went out and got boxes even though they had cable. The ads are annoying enough, but apparently they aren't clear enough to get people to understand that you only need a box if you have an antenna.....

I am curious how many people are like my mother in law just waiting for the transition to hit before they do something!? How many just wont change & hoe many that may have been ready to change & get ready wont due to this delay?

6 million is chump change. Those 6 million either had their head in the sand (probably don't watch TV anyways) or they procrastinated and now its biting them in the ass. Either, they should be ignored. We need to get this transition over with.

out of these 6 million households how many actually own or watch tv.
nowadays everything can be watched on a computer or downloaded on a computer anyway.
plus a lot of americans seem to have cable or some form of pay tv anyway.
there more important things to worry about than digital tv anyway.