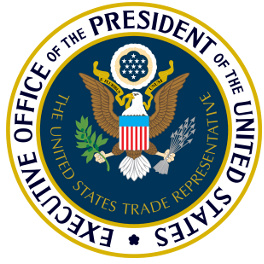 A new draft proposal for ACTA, the treaty that's being secrectly negotiated between a number of different countries with input from entertainment industry lobbyists, has been posted on the Wikileaks website.
Although still far from complete, this version of the proposal, being written jointly by representatives of the US and Japan, would require some significant changes to intellectual property law, and not for the better.

Perhaps the most disturbing part has to do with how damages are determined. In one section it suggests each copyrighted work distributed should count as a lost sale, with damages based on that assumption.

Even more disconcerting is the suggestion that the copyright holder should be responsible for determining the value, and simply present their figures to the court. Anyone who has spent any time examining the amount of money the entertainment industry claims to lose annually from infringement can see how problematic this is.

And yet it was just a couple of months ago that the office of the US Trade Representative was claiming the treaty's details were a matter of national security. It seems unlikely there are a lot of IP experts with the clearance to look at the treaty, unless of course it's just an excuse to keep it secret.
Tweet
<iTunes in Germany adds feature films >Judge delivers guilty verdict in Pirate Bay trial - watch video
Previous Next

These morons need to get a fucking clue with little to no fair use or public domain how the fuck are people suppose to protect themselves from corporate abuses of power?

They aren't.. we are living in a world where greedy business is out of control.

They will kill everything with their greed. When information is only in the hands of the few we will be back in the age of feudalism and slavery for the rest.

Originally posted by varnull: They aren't.. we are living in a world where greedy business is out of control.

They will kill everything with their greed. When information is only in the hands of the few we will be back in the age of feudalism and slavery for the rest.


We are pretty much there, people are slaves to disinformation and apathy they don't care they are abused by the phallic machine of government or corporate they worship...
Copyright infringement is nothing more than civil disobedience to a bad set of laws. Lets renegotiate them.
417.4.2009 02:52
ivymike
Send private message to this user
Member

Almost makes me look forward to 2012. At least then there won't be any greedy businessmen left in this world as they'll all be dead.

Next they will consider buying a movie and a case of blank media to be "Intent to pirate"...even if no copies are ever made and the media is never even opened, and the purchases are made in different places months apart.

It sounds crazy, but it has already happened in other industries. For example, a firearms dealer who sells both the M16 and the AR15 is not allowed to own or sell replacement recievers for the M16; doing so is considered manufacturing illigal weapons...even if the M16 recievers are never removed from the shipping containers. However, it is perfectly legal for him to sell, stock, or give away M16 recievers if he does not set AR15s!

Welcome to the land of the free.