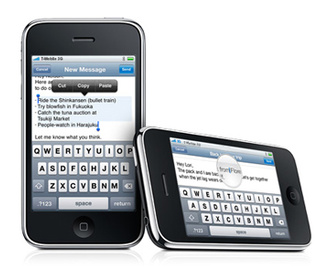 Apple CEO Steve Jobs arrived at the "Rock n' Roll" event today and was greeted with a long standing ovation from the audience. Speaking about his health experience in the past couple of years, Jobs credited his life to a man in his 20s who had died in a car crash, and was an organ donor. "I'm very happy to be here today with you all," he said, before thanking Tim Cook and his executive team for the support and how well they ran things in his absence.
Anyway, on to other things. The first revelations include that iPhone's new milestone; it has sold 30 million units in its two years of availability. It's dedicated App Store has 75,000 applications available for the device and has so far served a whopping 1.8 billion downloads. If updates were to be counted too, it would be "a few times higher," according to Phil Schiller.

The iPhone 3.1 OS is also ready, and includes among its features, a port of "Genius", which will now be used to recommend what application you might like. It will be available as a free download from today. The recent rumor about record labels offering pre-made ringtones is also true; over 30,000 pre-made ringtones will be available for $1.29 each.

As for iTunes, the store is now available in 23 countries and boasts more than 100 million accounts with credit card details. It has sold 8.5 billion songs since it was launched.