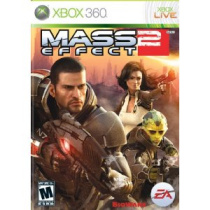 Mass Effect 2 has won the "Ultimate game of the year" award at the 28th Golden Joystick awards. It also picked up the award for the "RPG of the year".
The winners are voted by UK gamers. The Guinness Book of Records lists the Golden Joystick awards as the most popular video game awards show. For games to qualify for awards this year, they had to have been released between May 2009 and May 2010, with just one exception: the "One to watch" award.

The first Golden Joystick awards in 1982 saw Jatpac winning the first "Ultimate game of the year" award. Since then, other titles to receive the award include Fallout 3, Grand Theft Auto and Call of Duty 4: Modern Warfare.

Awards are handed out for 16 different categories...The show was held at the Park Plaza Westminster Bridge hotel and hosted by US comedian Rich Hall. Over 1.5 million votes were cast.
Tweet
<Microsoft reports record first-quarter revenues >Mount Everest gets 3G coverage
Previous Next

hhmm, i am sure there has been better games then some of them.

personally i thought it sucked, the first mass effect was a far better game and that was mediocre at best.

im thinking the industry should stop these fake award ceremonies.

Originally posted by Zealousi: hhmm, i am sure there has been better games then some of them.

these awards are much the same as the Oscars, you have a few ppl deciding on each others work, so they just pat each other on the back n dish out the awards between themselves which is why you will NEVER see any independent piece of media in the fake awards.

its all just fake public relations to sell more of their crap, pig swill for the masses.

Plants Vs. Zombies is the most addicting game ever made!