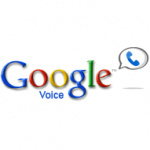 Google has officially moved from the testing stage and launched number porting for Google Voice, giving users a chance to transfer their current mobile phone number over to the powerful Voice service.
Last week, a few hundred users were given the option to port their number, which Google confirmed as a test before a major rollout.

It seems the bugs have been worked out as the service is now live for all existing accounts.

To port your number it will be a one-time $20 charge, and Google warns that doing so will kill of your contract mobile phone contract, likely leaving you with an early termination fee.

You can avoid the charge by getting a new number from your carrier, but this makes the "simple" process a lot less simple.

Google also warns that you may lose out on texts for 72 hours after transferring but no calls or voicemails.

For now, you can only transfer mobile phones but landline transfers are coming in the future.
Tweet
Tags: Google Voice Number Porting
<Pico projectors likely not headed to most smartphones until 2012 >Report: HTC to introduce Facebook-branded smartphones next month
Previous Next

Why can't I port my AT&T gophone number to my google voice account?