15 percent of Galaxy Tabs are returned 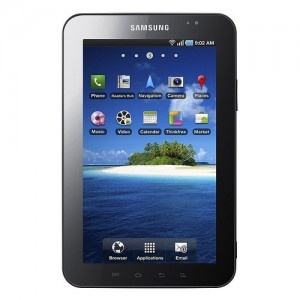 If investment firm ITG is to be believed, 15 percent of all Samsung Galaxy Tab tablets are returned after purchase, a huge figure when compared to market leader Apple's 2 percent return rate for the iPad.
Says the firm: "Consumers just aren't in love with the device."

The analysts believe the main problem with the Tab is its use of Android 2.2 Froyo, which was designed for smartphones, and is not ideal for large screens.

Upcoming Android tablets, like the Motorola Xoom and LG G-Slate will run on Android 3.0 Honeycomb, which is optimized for tablets.

Research firm iSuppli says the Tab is not alone in its issues, however: "There are a lot of issues with Android tablets, not just Samsung. A lot of those products have difficulties with high return rates or with not moving off the shelf."

i guess im one of those returns lol. took mine back after 30 days of use, but reality was 4 days after ownership and seeing comment android 2.2 and 2.3 wasn't designed for tablets made my 499$ plus tax investment easy to return. it was buggy, slow, turned off randomnly, had no dedicated apps. plus was usb drag n drop feature, flash not so much since alot of sites have upgraded due to ipad/iphone/ipod's. apparently these companies don't realize that consumers won't take mediocrity, when you shell out $500 on a device you want upgradability within a reasonable amount of time. then samsung goes and slaps us with less than 6 months out they bring up news of samsung galaxy tab 2. good riddance.

Sometimes when you're on the bleeding edge of technology you get cut. Anyway, I'm unsure if I'll buy another Samsung Android device unless they port Android 3.0 to my Samsung Moment. The phone is under a year old and didn't get the Android 2.3 update. Motorola seems MUCH better about keeping their devices current.