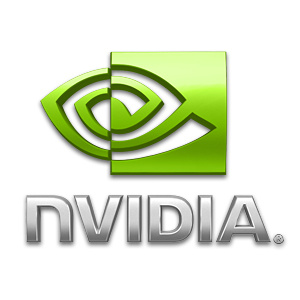 Just as the world has rallied around the concept of dual core, the world is about to see that quad core raises the bar, delivers a lot more performance, and fits into all mobile platforms.

The rest of the roadmap shows off chips dubbed "Wayne," "Logan," and "Stark," the latter of which will offer 100 times the processing power of the current generation Tegra 2 by 2014.

Kal-El has 5 times the graphics performance of Tegra 2, and Nvidia says it can power a monitor with 2560x1600 resolution. Kal-El also enables "retina tablets," meaning all tablets 10-inches or smaller can have resolution "as high as the eye can perceive, at a comfortable viewing distance."

"This ultra-high resolution really does reduce the strain you feel on your eyes," concludes Carmack.

Perhaps most importantly is overall power consumption, which will be smaller than that of the Tegra 2. Comparing the power of Kal-El to desktop processors, the company says Kal-El scores better on CoreMark than an Intel Core 2 Duo T7200, which launched in 2006.
Tweet
Tags: NVIDIA Smartphone quad core Mobile Chipset Kal-El
<Acer unveils Iconia smartphone >HTC Flyer tablet has 1.5Ghz processor, Android 2.4
Previous Next

Originally posted by Gnawnivek: For the PSP2?

Maybe. Who knows. If Tegra 3 (Kal-El) is going to offer 5x, these next chips Wayne, Logan, Stark (Tegra 4,5,6) will be a beast. Stark (Tegra 6) should come out in under 3 years (remember Nvidia said they will release a new Tegra every year). I'm glad Nvidia is "kinda" skipping Tegra 2 now, they said that Tegra 3 samples are out right now, and will be available by Christmas, so it seems very likely the Sony NGP (PSP2) might have Tegra 3 or Qualcomm's quad-core (which I doubt since they're taking their sweet time), and surprisingly Nvidia is way ahead of everyone else now. Nvidia will probably have their quad-cores ready before anyone gets their dual-cores out.
317.2.2011 09:50
xyqo
Send private message to this user
Senior Member

Quote: Nvidia will probably have their quad-cores ready before anyone gets their dual-cores out.

Dual cores are out from other companies already. Marvell even has a triple core.
XXYYQQOO!!! Yeah WELCOME TO JAMROCK

Quote: Nvidia will probably have their quad-cores ready before anyone gets their dual-cores out.

Dual cores are out from other companies already. Marvell even has a triple core.

Yes, sorry I forgot about that. I meant by available to consumers in smartphones. Qualcomm doesn't seem to be moving anytime soon. Samsung's Orion (now Exynos 4210) should go into production next month, but the Motorola Atrix (w/ Tegra 2) is supposed to be released by the end of this month.
Comments have been disabled for this article.