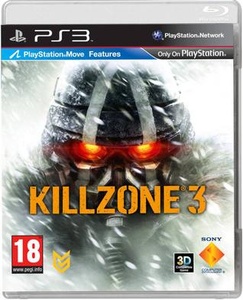 Guerrilla, the studio behind 'Killzone 3,' has said today that it is working with Sony to 'aggressively' monitor all hackers using jailbroken systems to cheat during gameplay.
Says producer Steven Ter Heide (via CVG):

The ability for one person to ruin people's games is not a good prospect obviously, so we're working with Sony on the moderation side.

We're looking at people misbehaving, being able to follow reports against those so that's all been taken care of - and we're working with Sony to see, even more aggressively, what kind of things are happening.

But at the same time we have to step up as developers and say, 'OK what are the holes in our game, what is the data, can we analyse that and see where the problems might be?'

We can look at the leaderboards and the stats that most people are playing with and say, 'This doesn't look right. Can we look into that and see what's happening?' That's the reality now, we have to keep patching the game to make sure we keep getting one over the hackers.

Killzone 3 was officially released in the U.S. yesterday but was leaked to P2P and warez sites on the 13th.
Tweet
Tags: jailbreak PS3 gaming Hackers Killzone 3
<MySpace Music continues its slow death >Video Daily: Android activations since 2008
Previous Next

just like black ops,they will knock you offline for good, Those who cheat to win are just a slightly higher grade of loser.

When verified realities lead us to anger, we must learn to reevaluate our beliefs.
324.2.2011 23:38
713tex
Send private message to this user
Member

This is a good move. I like having a hacked console or handheld but using it to cheat online sucks for everyone. If you have to result to hacking in order to win then maybe you shouldn't play the game at all. Maybe you should quit gaming all together.

i agree with cheating offline but online is just gay. if u cant play by the rules then , ban hammer time.

Originally posted by Clam_Up: Those who cheat to win are just a slightly higher grade of loser.

Well said. It sucks even more when you're playing Paintball and people won't go out when tagged. Makes me want to pull out a real gun.

But don't hackers only use homebrew on a hacked system that's what geohot keeps telling himself and anyone else who'll listen.

Originally posted by xtago: But don't hackers only use homebrew on a hacked system that's what geohot keeps telling himself and anyone else who'll listen.

No, incorrect. Geohot is saying that homebrew is what was intended for the hack, however once the hack was out he knew that someone else may develop it further to allow backup games. He states he was not interested in this part himself, thus never developed a CFW that would run backups.

To get instant assistance with Flashing / JTAG / Homebrew from experts for free! click me (Im not one of the said experts BTW)

Which is why GeoHot will probably win, assuming he can get a decent lawyer team AND SOny hasn't already bought the trial. Jailbreaking is legal under DMCA, at least in the US, and that's exactly what he did.

It was a smart move to not try to develop a pirate-ready CFW.

Sony should have been doing this for all games since this started!!!

Originally posted by Clam_Up: Those who cheat to win are just a slightly higher grade of loser.

Simple answer towards the solution; get rid of leaderboards/stats all together.

Tracking that info not only encourages cheating, but it ruins the gameplay for everyone.

Yes, many of us don't give a darn about stats, but it only takes one person on your team who's more worried about their kill/death ratio than working as part of the team to ruin the game for everyone else.

Objectives which require teamwork turn in to nothing more than camping sniper fests.

Nobody wants to play with a cheat so this sounds good but;

When did Sony ever do anything in moderation?

By monitoring more closely performance will take a hit and privacy will be blown away.

And they will be closer if not able to tell if your console is modified and even brick it if they wish?

It doesn't sound good to me if you look at what might be really happening.