Sony should pay €100 to man for OtherOS removal, consumer board says 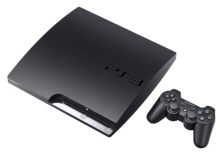 Finnish consumer board balks at Sony's killing of OtherOS functionality, and thinks the consumer electronics giant should pay up.
A Finnish man purchased a PlayStation 3 (PS3) console last year for €268.90. At the time of purchase, the product was being presented with capabilities to install an alternative operating system, such as a Linux distribution.

However, it is well known now that Sony decided to axe the popular "OtherOS" functionality, citing security concerns. Consumers who had previously purchased the console would see the functionality disappear after installing a firmware update.

Choosing not to install updates in an attempt to preserve the OtherOS functionality would cripple other functions of the console, such as online features, and could block out newer game titles.

The man at the center of the case in Finland, which was brought to the Consumer Complaints Board, lost the ability to use an alternative operating system after an update was installed from a new game. He was seeking €150 in damages for the removal of the OtherOS feature.

The CCB said that the removal of OtherOS crippled console features that were present at the time of purchase, and agreed that consumers should be compensated. It recommended that the manufacturer and seller of the console pay €100 jointly to compensate the man.

The CCB does not have the power to enforce its ruling, but the opinion of the CCB in Finland is considered by the courts in a dispute.

Too bad they can't make that for everyone that lost out on other OS. I would appreciate it.

I would like to receive my rebate because I was actually one of the people who actually used the feature as well. (Yellow dog)

Meh...Nothing to get excited about...It's just a suggestion from a powerless entity at this point...

Good on you Finns.

Originally posted by dEwMe: Meh...Nothing to get excited about...It's just a suggestion from a powerless entity at this point...

It won't be "powerless" if you multiply that 100 by millions sold...

Actually, it is powerless unless people listen to them and start boycotts or something...this group does not seem to have any legal power.

I see many people didn't notice that they didn't recommended that otheros be brought back.

It's only a 100 euros to be paid as a recommendation.

Which simply means Sony should pay that to anyone who wants it but Sony don't have to as it's just an idea from the court not something sony has to do.

So overall the whole class action or court case is pointless as this guy probably thought the court would force sony into bringing it back.

Did you guys read the article? It has not been brought before the courts yet, this is just a suggestion to the courts from the Consumer Complaints Board. They have no legal authority. However the judge can take the CCB ruling into consideration in this guys case, which would then set a precedent for all future cases brought against Sony regarding OtherOS.

Sony already paid the biggest price: The community that was satisfied by having Other OS (which was quite restricted if you wanted GPU acceleration) retaliated when Sony turned on them. Now the PS3 has been hacked wide open and Sony has shown its stockholders that it is both technically and diplomatically incompetent.

As for me, I gave my PS3 to my little brother when Sony took away "Other OS." If I could have gotten my money back instead, I would have.