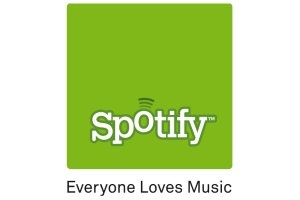 It took six months, but it appears that Spotify has closed its last funding round.
Raising $100 million from DST, Accel and Kleiner Perkins, the company is now valued at around $1 billion.

After 15 months of delays, it also appears that the service is ready to launch in the U.S. in July, with an exec alluding to the date but not giving an official confirmation.

Spotify has been negotiating with the Big 4 labels for over a year now and has finally stuck deals with Universal Music Group, months after striking deals with smaller labels EMI and Sony.

OK, now this is just getting ridiculous!!! It's like these companies are either adding a gazebo to the back of their house or going on that "Antique Road Show"...

It's like they put one coat of paint on a two bedroom house worth $30K & now then say it's worth $140K. Or do the ARS (funny how that acronym worked out, right?) thing after taking some sand paper to the edges, poured some ice tea on it & then sat across from this elitist academia asshole looking down his nose (like hiding in a college means anything) to have him tell tell them that the POS is worth 3x's the asking price of Jupiter.

They've got to be bloating these numbers in order to scare away interest of the day traders from screwing up their 'trade game' or rather, getting a bloated price to entice the day traders.