Recent headlines | Guide: How to Kick Unwanted Guests from Your Netflix Account 1
AfterDawn > News > Most Wii U games will cost $50, but some $60, says Nintendo 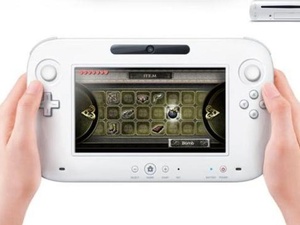 Nintendo President Satoru Iwata has confirmed this week that upcoming Wii U games will be, on average, $50 per title, following the trend of its predecessor, the Wii.
The president did add, however, that established multi-platform games like Call of Duty would "likely" cost the industry standard of $60.

I think there is already some indication that the [current pricing] trend is going to stay here. When you consider some of the most popular franchise – such as Call of Duty or Madden – the publishers can afford to affix a rather expensive price tag on that because the franchise has a premium value. On the other hand, … without an established franchise, they cannot afford to keep that expensive price tag. I believe there will be a wider price range.

If that holds true, Nintendo's most popular games, like Zelda and Mario, will have a $50 price tag, which should be a relief for gamers tired of paying $60 for games.
Tweet
Tags: games console Controller Nintendo Wii U
<AOL considering starting subscriptions for its content >AT&T begins offering prepaid packages starting at $50
Previous Next

Originally posted by 5fdpfan: oh yeah that's a huge relief. 50 dollars instead of 60. Oh my!

Would you rather it be $60?
AfterDawn News
AfterDawn Guides
One of the largest collections of software on the Web: AfterDawn Software Section
322.6.2011 01:41
KillerBug
Send private message to this user
AfterDawn Addict

$50 for Mario or Zelda seems completely unreasonable...but it is still better than $60.

Then again, it is always possible they will do a gritty reboot of Mario where he is a mushroom dealer...I might play that.

Personally it's really going to come down to how well they will sell the unit on launch. Predicting $50-60 and telling consumers that is prolly not in their best interest. They claim they have better specs than 360/PS3, but then don't even leak it. If MS does announce the next console next year *which they shouldn't*, but if they do then games coming out for that will be launched around the same price range. What Nintendo should have clarified is whether or not normal Wii titles will be the same selling price off launch? Nintendo themselves claim Wii will go for a year or so more, but made very little attempt to compete with PS3/360 game prices. Especially when you tackle greatest hits versions on each console, Nintendo has the least despite having millions more sold.

Not sure about the fuss. I remember paying $70 for some Super Nintendo cartridges during the hey dey of that console.

Copyright infringement is nothing more than civil disobedience to a bad set of laws. Lets renegotiate them.
723.6.2011 09:56
oappi
Inactive

yeah HUGE relief. Like ceo of nintendo taking huge dump on your head and then you would say "thank god he didn't need to urinate".Seriously i haven't paid that much for ANY game in years. Thank god for ♥steam♥.

itd be best to have an account on something like lovefilm n rent them at the start when the prices are sky high, il have 1 modded up to the absolute max one day though =]

With all the cost-cutting that publishers are doing, manuals that are now literally 1 piece of paper (not even stapled) and black and white printed inside. Xbox360 Case's that have more holes than any women would ever hope to have on both sides of the supposed 'protected disc' its ridiculous to see these games still at $60 bucks on release as if to support the BS marketing they blow on nearly all the games. At least with Nintendo they still give you a manual worth a shit looking at (but the 3 languages in one is a bit crazy).. they cut holes in their cases now also though. And they charge $50 on release. So that isn't AS BAD. Sony has it right with their nicer STILL SOLID cases and also shorter than the pointless height DVD cases have always had.

I do worry how packaging is gonna be handled in next gen, I already see 3DS cases are full of holes, however it is managed well, the cases actually snap shut and do not act flimsy, but who's counting? The 3DS game cart doesn't need protection like a Disc would.