Recent headlines | Guide: How to Kick Unwanted Guests from Your Netflix Account 1
AfterDawn > News > Will BlackBerry Music be a killer feature or just a footnote?

Will BlackBerry Music be a killer feature or just a footnote? 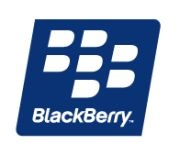 Details are emerging about RIM's upcoming BlackBerry music service. They will reportedly offer BlackBerry Messenger users access to a wide selection of music from all four major labels.
As a subscription service, history tells us BlackBerry Music has some big hurdles to clear. To date, subscription music hasn't exactly been big business.

A report from from The Wall Street Journal, provides some specifics.

At $5 a month the price isn't bad, assuming the music selection is as good as reported.

Subscribers will get access to 50 songs at a time, which doesn't sound like much. But how many songs does the average person actually listen to in a week or a month?

As long as subscribers can regularly and easily change their selections it's not necessarily a big deal. Plus they will be able to share songs with other subscribers who are also BlackBerry Messenger contacts.

The songs will only play on a BlackBerry device running their music app, which may not matter much to most people. One of the reasons many people buy smartphones is their music capabilities.

But the point of BlackBerry Music isn't selling music. It's selling phones. That means convincing BlackBerry owners the service makes their phones better than Android or iPhone alternatives.

If you consider RIM's customer base that seems unlikely. BlackBerry's market share has been built primarily on enterprise integration, and those are the customers they need to retain in order to reverse their falling fortunes.

Does subscription music add any value to enterprise customers? Will it attract Android or iPhone users? Does it give them an edge in attracting first time smartphone buyers?

It's hard to imagine the answer to any of these questions is yes.
Tweet
Tags: Blackberry RIM Subscription Music
<HP Pre 3 on firesale in Europe >Fox's 8-day delay on Hulu videos causing piracy?
Previous Next