Bloggers tortured and murdered for using social media in Mexico 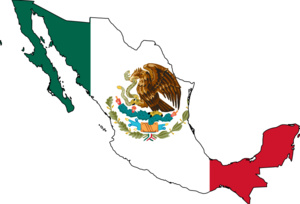 Two tortured bodies were found hanging from a bridge in the city of Nuevo Laredo in northern Mexico this week.
The male and female are believed to be bloggers although the bodies have yet to be identified.

Next to the bodies were posters that read "this is going to happen to all of those posting funny things on the internet," and alluded that the bloggers had used social media to denounce crimes by the major drug cartels. Each of the posters was signed off with the letter Z, which authorities have taken to imply the "Los Zetas" cartel.

The cartel is known to be one of the most ruthless in the world, specializing in assassinations and beheadings in their native land.

These murders are the first directly related to social media but in total there were over 15,273 drug-related crimes in Mexico in 2010 and over 40,000 people have died in the country since 2006 in drug related violence.
Tweet
Tags: Mexico Social Media Bloggers Los Zetas
<Did eBay employees steal confidential information from Craigslist? >Install Windows 8 Dev Preview in VMware Workstation
Previous Next

That's what they get for speaking up against a failed prohibition. They are lucky the government didn't do it themselves.

The Los Zetas can suck my big FUNGUS toe and if you want to find me I live in San Jose, California and as Tupac said in his album "I ain't too hard to find".

Come and get some if you want some

AfterDawn News
AfterDawn Guides
One of the largest collections of software on the Web: AfterDawn Software Section
416.9.2011 22:58
xtago
Send private message to this user
Senior Member

The problem is being against the drug gangs not for being a blogger.

The general public will end up going against these drug gangs over time, you can only kill so many people before they turn on you.