Spotify leading to a decline in music piracy, at least in Sweden 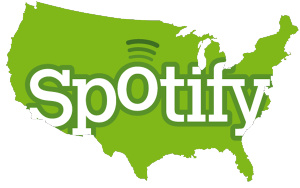 According to a new report, it appears that music piracy has consistently fallen since 2009, thanks to the popularity of Spotify, at least in Sweden.
Overall piracy has fallen 25 percent in two years, says the Swedish Music industry.

Spotify, which is free with some restrictions, has millions of tracks from all the major labels and independents. Premium versions give mobile access and unlimited streaming to users.

The recent Swedish study showed streaming as the preferred way to listen to music, with 40 percent of responders saying they now use a streaming service compared to just 10 percent who download music legally. 23 percent still regularly pirate, but that number has been dropping.


The long-term trend is a sharp increase in legal streaming while we see a reduction in illegal file sharing and downloading. When 800,000 Swedes are willing to pay for streaming music, there is clearly a market for more legal players in the digital music market. We encourage diversity of music services as it will provide better conditions for both those who create music and those who listen to it.

As this shows, people would prefer to keep within the law. It is only when the industry makes it too expensise to stay within the law do they pirate. Well that is true for many but not all of us. This and Pandora are probably experiments to see what the public will bear.

Some will redily shell out $1/tune especially if the icards are gifts. Most persons do not want to pay that much of their hard earned money for low quality music.

Wow these guys must not be related to RIAA cause you'd never hear them admit this...lol