HTC announces which phones will get Android 4.0 update 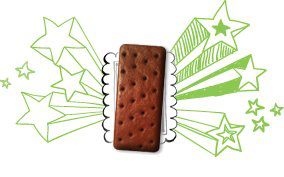 Top smartphone seller HTC has announced today that a number of its most popular devices will be getting the much-anticipated Android 4.0 Ice Cream Sandwich update in the near future.
For now, the company only describes the update as "coming in early 2012," so HTC fans can hope that means as early as possible.

HTC knows how excited our fans are to get their hands on Google's latest version of Android, Ice Cream Sandwich, so we're thrilled today to announce the first wave of HTC phones that will receive upgrades.

Ice Cream Sandwich is coming in early 2012 to a variety of devices including the HTC Sensation, HTC Sensation XL and HTC Sensation XE, as well as the HTC Rezound*, HTC EVO 3D, HTC EVO Design 4G* and HTC Amaze 4G* through close integration with our carrier partners.

We're continuing to assess our product portfolio, so stay tuned for more updates on device upgrades, timing and other details about HTC and Ice Cream Sandwich.

The company does note that any device which has an asterisk next to it means the update will be headed to the U.S. version of the phone, only.
Tweet
Tags: Android HTC Ice Cream Sandwich
<All Best Buy UK superstores to be shut down >Nook Tablet costs $50 more than Kindle Fire and may be worth the money
Previous Next

I only care if my beloved MyTouch 4G which is ONLY 10 months old, will be getting this. Inexcusable if not.

is nice that my HTC EVO 3d will be getting 4.0 but what about all the functions that we see on Samsung Galaxy Nexus like the zero shutter lag camera, panoramic camera, android beam, face unlock and voice typing? If not, then is not worth too much of update and if Samsung Galaxy Nexus goes to sprint, I def. try to get it


Being nice always has its own consequences
Comments have been disabled for this article.