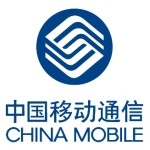 With as much success as Apple has had in attracting major carriers for the iPhone, their inability to ink a deal with China Mobile stands out as perhaps their biggest failure.
China Mobile is the largest mobile carrier in the world by any objective standard. They have more than 600 million customers and their network covers more area than any other provider worldwide.

It appears the sticking point in negotiations between the two companies isn't over the phone, which would have to be modified for China Mobile's network, but rather the iTunes App Store. Specifically, it's a question of app store revenue. China Mobile wants a cut.

Citing information from Sterne Agee analyst Shaw Wu, All Things D reports that China Mobile has told Apple they are not interested in selling the iPhone without a revenue sharing deal for app store purchases.

If true, there is some irony in the situation. Apple's demand for revenue sharing with carriers was one reason they were able to secure very few carrier deals for the original iPhone. In fact, China Mobile was one of the carriers who turned them down.

With the launch of the iPhone 3G in 2008, Apple dropped that demand and resumed talks with China Mobile. However, those talks appeared to stall again because the carrier wanted to provide apps for it through their own app store.

Apple chose, instead, to introduce the iPhone to China through a smaller carrier.

China Mobile's position is materially different than other carriers vying for iPhone deals. As a state owned company, they don't have the competitive concerns faced by most other providers.

Perhaps the two companies' similarities are coincidental. Or maybe it's a sign Apple has a lot to learn about doing business in the region.
Tweet
Tags: Apple iPhone China Mobile revenue sharing
<Adobe confirms that Apple's rejection led to death of mobile Flash >Warner Brothers blames faulty DMCA takedowns on their computers
Previous Next

Oh looky! Someone performs the "Apple Maneuver" on Apple, and all of a sudden they don't want to come out and play! Boo hoo! How does it feel Apple? Sucks to be you!

Originally posted by greatchina: Your Mother As hole this is business OK All company wanted to make more profits

I sincerely wish you would stick around, and argue your point. If there is something cultural about China that you would like to impart, I'm more than happy to hear it, and maybe I'll learn something I didn't know before. Or maybe you are misreading this to be an anti-china message. The first poster did not clarify whether they were talking about Apple or China, so that part is still up in the air.
Connection reset by phear...
64.3.2012 02:56
Jeffrey_P
Send private message to this user
Senior Member

Who are you chicken shit?

It's about time somebody stands up to ipoop regardless what country or if they are commies.

Apple has been making companies bend over and crack a smile for years.

Jeff
Cars, Guitars & Radiation.
Comments have been disabled for this article.