Kim Dotcom had the most kills in Modern Warfare 3 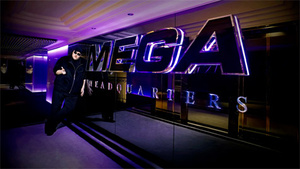 Kim Dotcom, the larger-than-life founder of Megaupload, was also apparently the top Call Of Duty Modern Warfare 3 player in the world.
Dotcom, who was arrested two days ago as the DOJ shutdown Megaupload, went by the name "MEGARACER" in MW3 multi-player and had over 150,000 kills as of the beginning of the year.

There are 15 million players of the game, which is the fastest selling title of all-time making Dotcom's feat very notable.

Thanks to Megaupload subscriptions and ad money, Dotcom is said to have a net worth of $175 million, bringing in $42 million last year, alone. Among his assets were a Rolls Royce, 4 other cars including Mercedes-Benz, a large mansion, cash and guns.

In the video, Dotcom has a celebration for himself as he moves up the ranks to the top:

i wonder if he is the worlds number 1 twinkie eater. Lardass! Lardass!

Imagine being the number two player and just thinking "damn I wish something would happen to number one so i could beat this guy" and he gets arrested. But then you're pissed because megaupload is down.

There's more controversy here in NZ as to how he managed to get residency with previous criminal convictions which were disclosed to our immigration dept,it seems if your rich you can buy your way in & circumvent the normal procedures,ok it's not quite like that he had to invest 10million nz & prove he would provide more influx of cash,i'd say he exceeded our expectations..lmao...

edit:i'ts ironic that these fellas are getting dealt to pretty severely as i see it for a few measly millions,when banks & investment firms etc time & time again thru the years have gone belly up owing billions,worse still it's ma & pa investors that lose life savings & now tax payer dollars are having to bail these scum out


The Prime Minister is defending the Government's decision to allow Kim Dotcom into the country.

He says Kim Dotcom declared his past wrongdoings overseas before coming into New Zealand.

"He had a clean slate because those convictions happened many years earlier under German law, so the New Zealand officials contacted the German police, they confirmed that I guess on the balance they decided to let him in without reference to the ministers," he told Newstalk ZB's Susan Wood.

Mr Key says the fact that he declared them, meant he passed the test of good character.

"I think because they deemed under the clean slate legislation he effectively didn't have a record and he wasn't trying to hide anything, those convictions were a long time ago, so they let him through," he says.

Mr Key says this case doesn't necessarily mean the law needs to be changed.
Dotcom and three others appear again in the North Shore District Court today, fighting a bid by the FBI to extradite them.

All that money he spend his time been a professional call of duty player... That must have been the lamest thing a milionare can do... Make other players look sloppy as well out shape as he is

All cod games have terrible graphics imo. waste of time! At least play something that is fun dude, in that game all u get is spawn killed.

If only they dealt with everyone who cheats in online games as harshly.

cod games are hacked. none of the top scorers are legit

What an absolute LOSER! Scamming people, leeching, playing video games morning noon and night, not contributing an ounce back to anything, gloater, bloater, lardass.......now.........CONVICT! Good riddance to fat rubbish.

Originally posted by stuntz0rZ: All cod games have terrible graphics imo. waste of time! At least play something that is fun dude, in that game all u get is spawn killed.

I am not a cod fan.....mostly BF but I can say with objective certainty that those games have great graphics. This coming from an avid gamer (not a time wasting loser gamer either) whom games ONLY on a beefed up PC.

Of course, we'll hear the snarkiness of adolescence who will say such things as "don't hate the player, hate the game" & similar ilk until they become victims of the same. Then such street limericks don't have quite the 'snap' they did when read off of their sloppy-pop cereal box.

Funny how enough cash can buy away fore-sense... or should I say, the ability to think ahead several dozen steps. Basically flowchart an individuals moves in a 5-10 year plan given his/her last 10 years. Yes, people can change, but like any good if/then statement, you give them the benefit of the doubt as well. If it all looks good, let them in. If it looks like shite (and this one did) you go with the opposite. Case closed.

Seems to me your ministry needs to be indicted too, or at least investigated. Given Dotbomb & his background? A leopard doesn't change his spots.