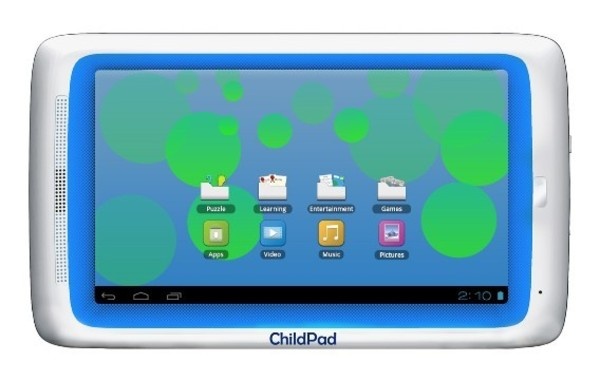 Tablet maker Archos has announced a tablet for children, but one that packs a bit more punch than others released in the past.
The 7-inch device runs on Android 4.0 and will have a 1GHz processor and 1GB of RAM. The display has a resolution of 1024x600.

Making the tablet aimed at kids (and parents of kids) is the fact that Archos has added a custom skin, pre-loaded games, and strong parental controls including a filtered app store. Among the pre-loaded games are Angry Birds, Pig Rush and Flight Frenzy.

"As a pioneer in the portable audio and Android tablet market we realize the importance of providing a tablet that can offer hours of entertainment for all ages, especially kids," says Henri Crohas, Founder and CEO of Archos. "ARCHOS strives to offer great tablets with only the best of features at affordable prices and we expect this tablet to bring a smile to the faces of kids and parents' everywhere."

(runs to the nearest store to get one) haha this is awesome sort of... i mean yeah single core 1ghz but 129? GET!

To hell with the kids... I'll paint it red & put a rally stripe on it. If nothing else it'll make it go faster! Is there 'any' external storage? Otherwise, this thing has a real chance!