Recent headlines | Google, Spotify and many other major websites are all down across the globe 3
AfterDawn > News > Australian government to allow police to hack your PC for info?

Australian government to allow police to hack your PC for info? 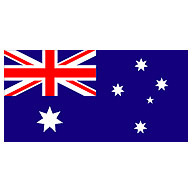 The Australian government has released a new paper that details a potential (and scary) new legislation.
According to ZeroPaid, the legislation would give Australian authorities the ability hack your PC for information, among other features.

B. Government is considering the following proposals:
Telecommunications (Interception and Access) Act 1979
8. Streamlining and reducing complexity in the lawful access to communications regime – this would include:
a. Creating a single warrant with multiple TI powers
9. Modernising the Industry assistance framework –
a. Implement detailed requirements for industry interception obligations
b. extend the regulatory regime to ancillary service providers not currently covered by the legislation
c. implement a three‐tiered industry participation model Australian Security Intelligence Organisation Act 1979
10. Amending the ASIO Act to create an authorised intelligence operations scheme. This will provide ASIO officers and human sources with protection from criminal and civil liability for certain conduct in the course of authorised intelligence operations.
11. Amending the ASIO Act to modernise and streamline ASIO's warrant provisions to:
a. Establish a named person warrant enabling ASIO to request a single warrant specifying multiple (existing) powers against a single target instead of requesting multiple warrants against a single target.
b. Align surveillance device provisions with the Surveillance Devices Act 2007
c. Enable the disruption of a target computer for the purposes of a computer access warrant
d. Enable person searches to be undertaken independently of a premises search
e. Establish classes of persons able to execute warrants.

Will be interesting to see how the situation pans out.
Tweet
Tags: hacking australian own users
<Yahoo snatches up top Google exec for CEO position >EU begins browser antitrust investigation of Microsoft
Previous Next

This is the world in which we live, sad really

Quote:This is the world in which we live, sad really

But it doesn't have to be. Canada tried to introduce Bill C-31 legislation that pretty much allowed law enforcement officers similar powers. But the public back-lashed enough on our government to at least delay the bill (so far indefinitely). It prolly helped that when it was introduced, the head person responsible Vic Towes, got punked by Canadians by having his personal life displayed for everyone to see, from divorce info to health; he was so mad, demanded cops to find who did it, they couldn't and someone eventually confessed. The issue was, the information posted was all public accessible and legal so no charges could be laid (mischief at best which penatly is f-all).

My end point to this is that if I lived in Australia I would be PISSED as a citizen and they should honestly be forming groups and fighting back, either through protests, internet blackouts and so forth.
318.7.2012 12:55
LordRuss
Send private message to this user
Senior Member

It's the Spanish Inquisition all the f*k over again!

Like our 4th Amendment here the US, unless there is 'sufficient' probable cause there's no reason for a search. They have to get a court order of some sort.

This global, returning to a police state shit is getting out of hand. I get it that nobody want to be blown up or poisoned, but we're becoming terrorized by the people who are supposed to have our backs.


http://onlyinrussellsworld.blogspot.com
Comments have been disabled for this article.