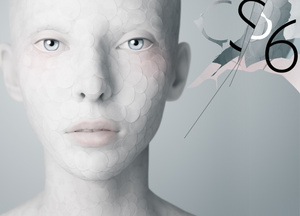 According to one source, Adobe's current Photoshop CS6 will be the last version of the editing software to support Windows XP.
The post cites XP's limitations when compared to 11 years of advancements for Photoshop and general computing.

According to the post, "Adobe says that the advantages of more modern operating systems, graphics cards/GPUs, and graphics drivers make possible more improvements in 3D, Blur Gallery, and Lighting Effect features, all features that Windows XP is incapable of rendering."

Windows XP was only recently unseated as the world's most used OS, by the three year old Windows 7.

i still use an old version of photoshop.think its version 6 or 7.i only use it for very basic picture editting and all the features i need are there.
i have also noticed on the old version of photoshop features are slow even with my computer which i consider decent.hopefully with the new version its optimised to work on windows 7 and multicore pcs to decrease loading times.

Anyone who can't (or chooses not to) afford the Windows upgrade was never going to buy Photoshop anyway.

The vast majority of computer users don't need Photoshop, don't need anything better than Windows XP, and don't need late model hardware. Pinterest, Facebook, and Twitter don't require much horsepower and why use Photoshop to edit a photo that most people take using their mobile phone? Just tweak it with Instagram.

its not that its good bad or ugly,its just that it isnt contemporary anymore.with the intro of win8 that makes 3 operating systems since xp.dont get me wrong i loved xp and was quick to respond to what i thought was a diss from hearme0.but,while his bedside manner may suck,hes absolutely right.it really is time to move on.

I still run XP on my backup pc and see nothing wrong with it.I am not cheap but why upgrade something if it works and has for some time and I like the way it works.New isnt always better just different.