Google Store servers crashed as Nexus 4 sold out within minutes 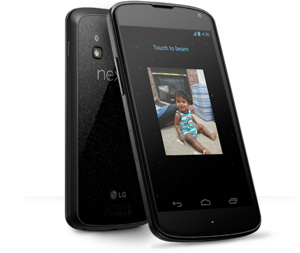 Earlier today, Google began selling its highly anticipated Nexus 10 tablet and Nexus 4 smartphone.
Unfortunately, as I can attest, it seems Google was not as prepared as they should have been for such a major launch.

Within minutes of the U.S. launch earlier this morning, would-be buyers were met with site errors, checkout errors, Google Wallet errors and timeouts, all before learning that their smartphone of choice was sold out. I myself tried unsuccessfully to checkout for an 8GB model for 15 minutes before learning it had sold out without me.

The 16GB model sold out within 20 minutes of Google opening the virtual doors, while the 8GB lasted a little bit longer.

Google's new powerful device features a a 4.7-inch 1280 x 768 320 ppi IPS+ LCD display, runs on a 1.5GHz quad-core Snapdragon S4 Pro processor, has 2GB RAM, an 8 megapixel camera and a 1.3 megapixel front-facing camera, NFC, Wi-Fi, Bluetooth 4.0 and Wireless Charging. Google has also made the back of etched glass that sparkles as if it is different layers. The phone also includes a large 2100mAh and the screen is protected by Gorilla Glass 2 tech.

The search giant has priced the device extremely competitively, at just $299 for 8GB of storage, or $349 with 16GB without contract.

With the amazing price and specs, there is one downside, no LTE radio. The unlocked device does have access to fast 4G HSPA+, but no LTE. Additionally, it may upset some consumers that there is no microSD slot.
Tweet
Tags: LG Google Purchase nexus 4 wallet server crash
<It's finally here: The 5-inch 1080p HTC DROID DNA >Report: Sprint to get Windows Phone 8 next year
Previous Next

Yikes! I know your pain too well. Google handled this launch very poorly.

One, was no preorders whatsoever. That is a travesty.

Two, the very least they could do was announce a SET time for when they would unleash the flood gates. I realize a clusterphuck free for all would have slowed down their servers even more but at least everyone could've been prepared.

But luckily, I secured the N4 successfully after hitting refresh for about 30 minutes, you had to keep trying until it came back in stock because of cancelled orders. I hope Google learns a lesson from this and next time release an HTC nexus 5 like everyone wanted...

Sold out in Canada's store too :( Shame.

I think it was a disaster, i tried all night put alarm on for it, even got to check out option, no luck! that made change my mind will try the Nexus 7 3G, i barely talk on the phone and use google voice for text, maybe couple calls through grooveip.
I learned not to expect to get Nexus on release day. Waiting couple weeks never sounded better.