'Game of Thrones' was most pirated TV show of 2012 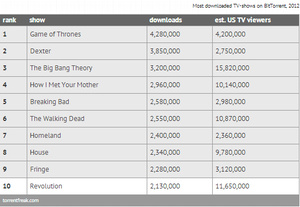 In addition to their pirated movies list, TorrentFreak has also released a list of the most illegally downloaded TV shows.
HBO's blockbuster 'Game of Thrones' beat out last year's champ "Dexter" by a significant margin although both shows saw huge amounts of downloads per episode.

At 4.28 million downloads per episode, Game of Thrones topped the list, with TF noting that most of the downloads came from outside of the U.S. HBO has infamously not made their shows available outside of the U.S. in a timely manner, nor is there access to HBO Go, the on-demand streaming service. 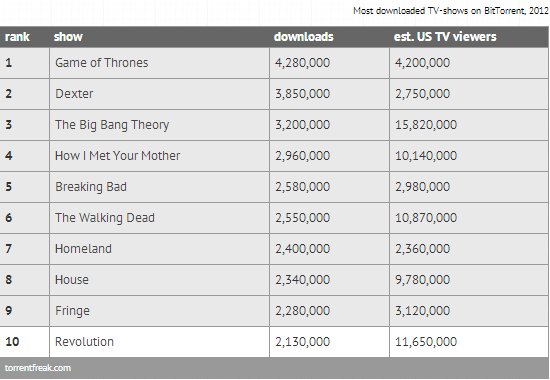