Samsung says no Windows RT devices for the U.S. 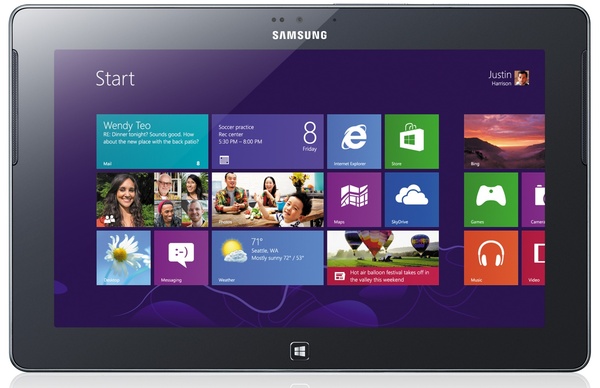 Samsung has confirmed it will not release a Windows RT tablet in the U.S.
The company's RT-based tablet, the Ativ Tab, will stay on the sidelines as the company confirmed that its retail partners did not have viable demand for it.

Mike Abary, head of Samsung's PC and tablet business in the U.S, also cited the confusion of Windows RT versus Windows 8 Pro as a major deterrent to releasing the product. As stated to Cnet:

There wasn't really a very clear positioning of what Windows RT meant in the marketplace, what it stood for relative to Windows 8, that was being done in an effective manner to the consumer. When we did some tests and studies on how we could go to market with a Windows RT device, we determined there was a lot of heavy lifting we still needed to do to educate the customer on what Windows RT was. And that heavy lifting was going to require pretty heavy investment. When we added those two things up, the investments necessary to educate the consumer on the difference between RT and Windows 8, plus the modest feedback that we got regarding how successful could this be at retail from our retail partners, we decided maybe we ought to wait.

You might want to change the title to Samsung says no Windows RT devices for the U.S.

I don't buy their explanation. I think it has more to do with them liking android better; there is probably a cost issue there as well, not just to educate consumers. IMO

Makes sense. You're doing great with your real portable OS (Android), Windows RT should by no means have a Windows moniker, And people that are going to shell out the money for a non Android device are going to want compatibility and "real" Windows. Why waste your time and money marketing and developing for somebody who wants to be a competitor anyways?

I frankly think it's a good call.