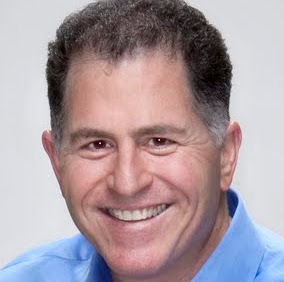 Consortium close to buying PC maker.
It is led by Michael Dell, the founder and chief executive of Dell Inc., along with private equity firm Silver Lake Partners. They hope to take Dell into private ownership, paying between $13-14 per share, valuing Dell at between $22.6 billion and $24.4 billion.

According to the sources, the group has secured up to $15 billion of debt financing from four banks; Barclays, Bank of America Merrill Lynch, Credit Suisse and RBC Capital. The deal may be finalized this weekend.

If it goes ahead, it will be the largest leveraged buyout since the financial crisis began in 2008.
Tweet
Tags: Dell Microsoft
<Microsoft sued over patents related to search >Google Chairman blasts China in upcoming book
Previous Next

Gotta say if I were Dell I woulda took my money and run a LONG time ago when the real bubble burst and you couldn't sell a basic PC for $1000+.