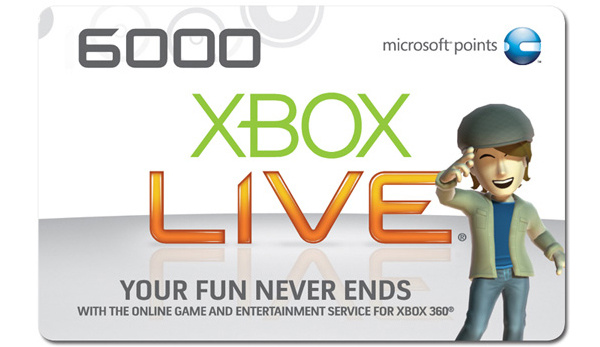 Microsoft, to great applause, has announced it will be killing off the Microsoft Points system currently used to purchase games and other content via Xbox Live.
All digital purchases will now use real currency, rather than the points, with exec Marc Whitten adding triumphantly that "We're moving to real money."

Additionally, USD will not be the only currency as users in a few countries will be able to use their own local currency. It is unclear which countries will have that ability.

MS Points had been often critiqued due to the fact that you could only buy certain round numbers, but many games cost odd numbers, leaving you with a small amount of extra points that were unusable.
Tweet
Tags: E3 Microsoft Points
<WWDC: Apple shows off new Safari with better performance than Chrome, Firefox >E3: Xbox One Day One Edition launching in November for $499
Previous Next

Wasn't this suppose to have been done last year when it was reported by this site? I was wondering why it still hasn't been done yet and we still don't know when this will take place.

The title is misleading. It should read "We are thinking of ways to lose real money".

I gotta think this would be another bad move. People are much likelier to part with an imaginary currency than real money I'd think.

@dewme
Yeah i think they should stick with a strategy that screws over their customers. Are you mad? The only reason they use the stupid points is to confuse the customer so they they are unaware of how much money they are spending. They figure that people are too stupid to do the math and will not realize that a paultry 1600 points = $20. Marketing. Yes, they did make the mention that they were doing this about a year ago but obviously never did. Lately i just cant stand microsoft and everything they are doing lately with this xbox one console to their windows 8 is really making me hate them. They are treating their loyal fans as stupid piggy banks milking them for whatever they can get. Real money for avatar clothing? Are you kidding me?