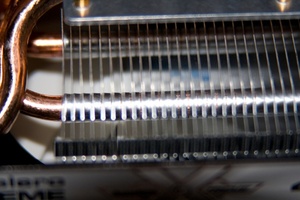 According to Digitimes, Apple and Samsung have begun developing ultra-thin heat pipes for their upcoming smartphones, with the potential to reveal "heat pipe-adopted models in the fourth quarter."
The companies would not be the first to launch such a model, as NEC just unveiled their Medias X06E, a smartphone with a 4.7-inch 1,280x720 OLED display, a 1.7GHz Qualcomm Snapdragon S4 Pro 4 processor and heat pipes for improved cooling.

Digi says the "conventional graphite plus foil cooling method is no longer able to dissipate enough heat in modern smartphone models efficiently" mainly thanks to the standardization of LTE chips.

Ultrabooks currently use heat pipes with diameters of 1-1.2mm, but NEC's has a tiny 0.6mm diameter. Due to Apple's tiny screens, that may have to be even smaller for upcoming devices.
Tweet
Tags: Heat Pipe Cooling
<PS4 launch will not lead to PS3 price cut >Facebook bug could have exposed 6 million users' personal data
Previous Next

I wanna see someone set up water cooling on this...lol

I had no idea heat pipes could work at such small diameters.

Save the chip, burn your leg off.