Microsoft: Windows Phone is clearly in third, who is BlackBerry? 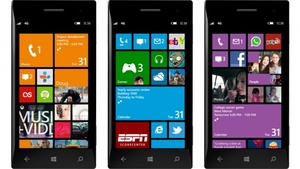 Microsoft has made it clear that Windows Phone is the third-largest smartphone ecosystem in the world, with their sites set on taking more share from Google and Apple.
Senior Windows Phone product manager Larry Lieberman added, "We think we're solidly the third ecosystem right now. That's a huge announcement in some respects."

Windows Phone overtook the share of the dead BlackBerry brand last month. When asked about BlackBerry, which once dominated the market, Lieberman said, "I don't think they can bring to the table some of the things we have. The fact that we're delivering across such a different set of price points to such a large audience."

Microsoft has also decided to take on Google head-on for the low-end emerging markets, announcing the Nokia 521, a device that will sell for $150 off-contract.
Tweet
Tags: windows phone 8
<Skype video messaging is now free for all users >EU roaming fees drop on Monday
Previous Next

yes MS, you did a good job except for no good office app in your store. why don't you put the office 2013 in app store, and make the screen 5-6" to see yourself the best in the market?

Give us some numbers.

That's strange. I don't know anyone that has a windows phone.