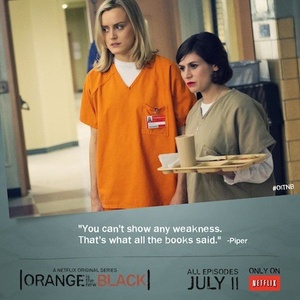 Although the show's first season will not reach the streaming service until July 11th, Netflix has renewed the upcoming 'Orange is the New Black' for a second season.
The comedy is Netflix's most recent original program, following the launch of House of Cards, Hemlock Grove and a new season of Arrested Development.

OITNB is written by Weeds creator Jenji Kohan and follows the story of a woman sentenced to 15 months in federal prison.

The show will be available in all Netflix regions on July 11th.
Tweet
Tags: Netflix orange is the new black
<Microsoft teams up with Unity Technologies for Xbox One >T-Mobile roadmap reveals major phone launches in July
Previous Next