Recent headlines | End of an era: iPod discontinued - the device that revolutionized music industry
AfterDawn > News > Ubisoft: ZombiU for Wii U was not even profitable

Ubisoft: ZombiU for Wii U was not even profitable 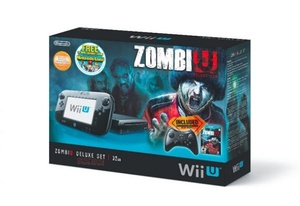 ZombiU, one of the Wii U's flagship games, was not even close to profitable, says its publisher Ubisoft.
Chairman and CEO Yves Guillemot says there will not be a sequel, citing the lack of sales.

The news is another bad hit for the struggling gaming company, which cannot retain third-party support and is increasingly dependent on its own library of Mario, Donkey Kong and Zelda for sales.

Majors publishers like Electronic Arts (EA) have almost completely pulled support from the console. CEO Peter Moore recently stated "It's been a disappointment when you look at sell-through and, as a company, we have to be very judicious where we deploy our resources."
Tweet
Tags: Nintendo Wii U Ubisoft ZombiU
<Final version of Windows 8.1 to be ready by late August >Google reveals Android fragmentation report for early July
Previous Next

The only 3rd party game I really played on the first Wii was House of the Dead. Granted the classics were ok, but Overkill was the only consistently fun game on the Wii. Oh and plus a little Okami, but the controls weren't as fluid as I'd hoped and I'd beaten it on the PS2 a year or so before hand. ZombieU was the only game that even looked remotely fun on the WiiU... sigh. I may just be skipping this whole console generation.

As before, a lack of strong first party games upon launch hurts the Wii U. As soon as they get some of those titles out, those on the fence will pickup the console. (I also imagine some are waiting for a price drop - these new consoles are far from cheap.)

As for the comment above, there were a number of solid 3rd party Wii games, but as I've made comments on other articles, when given the choice of buying a game that's multi-platform, I would skip the Wii version and buy it for 360. (ie. Madden Football.) Nintendo needs to close that particular gap to remain truly competitive.

I love the WiiU and zombie U was hoping for a follow up maybe in Paris with its labarynth of tunnels, I agree the consol is expensive, I am finding there are far too few games out there for it that suit me, I liked zombieU, walking dead and resident evil all were my "cup of tea" sick of waiting for games companys to realise it is a great platform, nintendo aren't helping with the high price, god help I ever need a replacement control pad!!!