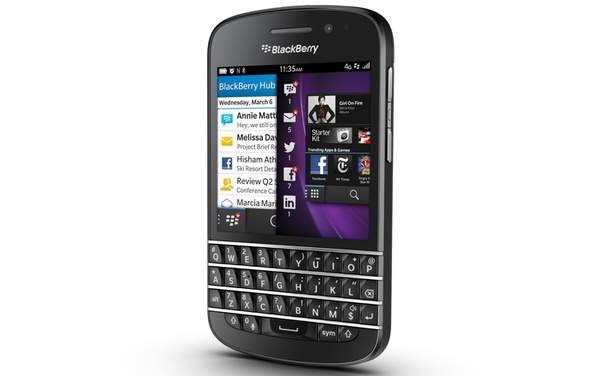 BlackBerry's shares jumped over 10 percent today after the company confirmed rumors that it is exploring any possibility to keep itself alive, including selling the company and going private.
The company has now created a special committee to look into "strategic alternatives."

Outside of an outright sale, BlackBerry said it would also be willing to consider a joint venture, partnerships, licensing, and more.

The company hopes a new deal would help them sell more BlackBerry 10 devices. The operating system was unveiled in January after a year of delays, and the flagship Z10 and Q10 phones have not sold well since launch.

Currently, BlackBerry's most important assets are its enterprise contracts and its large patent collection. The patents alone are likely to attract suitors, but there is unlikely any company willing to take the floundering hardware business.
Tweet
Tags: Blackberry BlackBerry 10
<Nokia to announce Windows 8 tablet, Lumia phablet this year >LG models new LED TV after retro 70s design
Previous Next

Motorola should buy them think about it