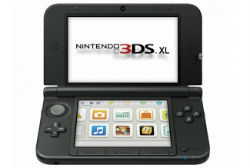 Nintendo is on the hook to pay $15.1 million to Seijiro Tomita in a patent infringement case linked to its 3DS handheld.
Tomita was originally awarded $30.2 million in March, and this week was given the option of accepting half of the award or starting a new trial in which he could lose it all.

The case stems from a 2003 meeting between Tomita and seven Nintendo officials, where he allegedly showed a prototype of his technology. Four of the officials went on to assist in the creation of the 3DS handheld console.

Nintendo rejects the accusation that it used his patented technology in the 3DS, saying that the 2003 meeting was just one of many the company had with merchants selling 3D technology. Nintendo attorney Scott Lindvall also argued that key aspects of the patent in question are not used by the 3DS.