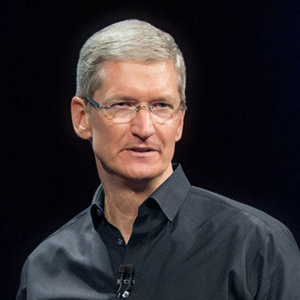 Apple CEO Tim Cook has put a time frame on when he believes tablet sales will surpass those of PC sales.
He has said in the past that tablets will eventually overtake the sales of PCs, but never attempted to pin down a timeframe for this transition.

"We're 24 months away from that," he told Bloomberg Businessweek in an interview.

Cook pointed out that a substantial amount of tablet sales come from traditional PC manufacturers who have decided to produce low-cost Android devices.

Of course, he then went on to bash those low-cost Android tablets.

"I think if I bought [an Android tablet] and used it, and I thought that was a tablet experience, I'm not sure I would ever buy another tablet," he said.

"The responsiveness isn't there. The basic touch is really off. The app experience is a stretched-out smartphone kind of experience. It's not an optimized experience."
Tweet
Tags: Apple tablets Tim Cook
<NSA buys Zero Day exploits from Vupen >Apple's Touch ID broken by hacker group?
Previous Next

You get what you pay for... No surprise there. Now spend good money on a Android tablet and you get as good or better then a iPad depending on your needs and opinion.

As for the sales over taking PC I do not doubt that the world's changing but I do wonder what happens once most people have one? They still do not replace a PC in all ways. It seems to me that at some point things will even out.

PC sales might not go down in 2 years many companies will be on their upgrade roll out before or by then, many companies have held off in favour of keeping XP going a few years to see what happens with windows.

Companies will only get tablets or phones for sales people or people that really really need them for some sort of job.

it's quite funny about the buy an android tablet and never buy another because that means they'd never bother about an ipad tablet and only stick with android.

I have a few ASUS Transformers (TF101 and a TF700). They do everything I need. Some things I need a PC for and no iPad or Windows 8 tablet would do those things. I think Windows 8 is the big holdup for PC sales right now. As soon as Microsoft releases a decent operating system the market will explode. I know a lot of people that won't buy a PC if Windows 8 is their option. For those of us not willing to buy an Apple system that means holding off upgrading for a while.

An android tablet is a large smart phone what does that make an ipad looks to me that kettle saying once again,best thing the ipad has is its native ability to play flash , woops my bad!