Dell laptop's scent of urine is not a health hazard 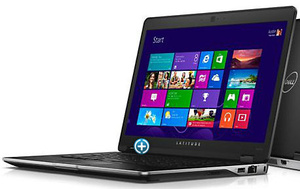 One of Dell's Ultrabooks has been hit with complaints that the device reeks of cat pee, which the company is blaming on the manufacturing process.
Customers took to Dell's online support community with a very odd complaint about the Latitude 6430u Ultrabook. Apparently, the keyboard area of the device smells like cat urine, and the problem seems to affect a number of users in different areas.

"The machine is great, but it smells as if it was assembled near a tomcats litter box. It is truly awful!," one owner complained on Dell's support community forum.

"Same experience. I thought for sure one of my cats sprayed it, but there was something faulty with it so I had it replaced. The next one had the same exact issue. It's embarrassing taking it to clients because it smells so bad," another complained.

More users followed with the same issue later on.

Dell now claims to have fixed the issue, saying it was related to the manufacturing process. It is not a health hazard and is not in any way related to bio-contamination. New models on the market will not have the stinky issue.

Yeah I bet the left over solder flux that wasn't wipe clean or removed got heated up causing the smell. Different flux have different smells depending on where it is applied.

At work, I was soldering something and it reeked bad. I later soldered something else to a different pcb and it didn't stink at all.

It's perfect to hide the smell if your cat pees on it, because it already stinks :)

"You know, it seems that quotes on the internet are becoming less and less reliable." -Abraham Lincoln.
Comments have been disabled for this article.