Recent headlines | End of an era: iPod discontinued - the device that revolutionized music industry
AfterDawn > News > Microsoft: There will not be three versions of the Windows in the future

Microsoft: There will not be three versions of the Windows in the future 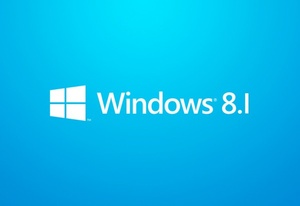 Windows RT, the failed experiment that has cost numerous companies, including Microsoft, billions in writedowns, may be at the end of its life.
Microsoft's EVP of the Devices and Studios Julie Larson-Green has fueled the rumor while speaking at the UBS Global Technology Summit.

When asked about the future of Windows, Larson-Green responded: "We have the Windows Phone OS. We have Windows RT and we have full Windows. We're not going to have three. We do think there's a world where there is a more mobile operating system that doesn't have the risks to battery life, or the risks to security. But, it also comes at the cost of flexibility. So we believe in that vision and that direction and we're continuing down that path."

The important quote to take from her speech is the fact that she says "we're not going to have three." It's quite clear that Windows 8.1 and Windows Phone 8.1 are going nowhere so that leaves Windows RT as the odd man out.
Tweet
Tags: WIndows RT Windows 8.1
<Did Sony buy the IP for Crash Bandicoot? >Developer ports iOS core to Nokia N900
Previous Next

Or maybe they're jumping the shark completely and will do away with the desktop OS like they seem to be trying to do. Here's my theory, they will advance the phone OS as their priority, the desktop OS will be rolled into a subscription based model like office 365. All non phone (read carrier compliant) OSes will be bundled into one mutant OS that will run only specific software on a java like base, this is just to give businesses something to cling onto. For the home consumer they are counting on Smart TV's and the new xbox to replace all the typically nerdy reliable self modifiable tech with pro-consumer, easily replaced, hardware locked cloud based garbage.

hmmm would be cool to just have two only...

Yes, I read it that way the first time too. Kind of confusing, just like the speech was. It depends on how one takes the meaning of "going nowhere." In this case, the author was not referring to the success of the OSes but that they would not be eliminated any time soon.
In the United States at least, "going nowhere" often means that a person is stuck in a rut is not advancing themselves, especially financially. In this case, the author meant exactly the opposite, that the two OS mentioned are the most successful of the three.

It should have been obvious to M$ that RT was a stupid idea in the 1st place. I have no sympathy.

Well I am pretty much DONE with windows as a computer OS anyway!

I have win 7 and refuse to go to Win 8 because it is NOTHING BUT GARBAGE!

The day I have to use the same OS that is on my phone as on my desktop, is the day I get out of computers altogether!

That is exactly what is wrong with win 8! They tried to make a do it all OS and to me for a computer it is COMPLETE GARBAGE!

I hate the way they expect you to turn your computer into an oversized smartphone! WAKE UP MICROSOFT! The same OS for a phone and computer simply does NOT WORK!

I personally despise Windows 8 almost as much as beets, but, um... Relax, maybe?

Many version of Windows have been pretty bad. Anything before 3.11 for Workgroups, '98 before fixes, ME, Vista before fixes, Win7 before fixes (yes, Win7 was pretty bad, at 1st, just not quite as bad as Vista), and now Win8. It's not like this is a novel occurrence. Furthermore, all of those older versions (except ME, a true turkey) eventually were redeemed with updates. Even Vista is a credible OS now, although the harm has already been done and it will never see wide acceptance. Win8 is likely to follow this trend; the 8.1 update telegraphs this pretty well.

That said, if you want to use Windows software that isn't easily found on other OS's - mainly, games - you're stuck with it for now. Here's no pressing reason yet to "upgrade" to Win8 from WIn7 yet, so why not see how it all works out? Win8 will eventually be hammered into shape, but the next iteration of Windows may be a better solution, just like the jump from XP to Win7.

Well you can think what you want, but there is a HUGE difference in what they are trying to do now VS. Previous versions!

In the first place... the other OS you mentioned were for a computer ONLY! Not for a phone!

Now it is like they are trying to bundle everything together...which to me is completely stupid!

I think they should have separate OS for a phone and a computer and even win 8.1 SUCKS!

So your analogy about it only needing somehow to be fixed is wrong, you cannot "fix" an OS like win 8 that was made basically for a phone and made to fit on a computer. That is why it sucks so bad.

That is part of what is wrong today, too many people are willing to simply accept what corporations dish out.

You want me to calm down? NO, because I thi9nk what they are doing is wrong and I am going to state that!

Maybe it is YOU that needs to see things as they are instead of rose colored glasses.

Again, you're overreacting. Just use Win7, it IS sufficient for now, and a good long while. If you are stuck with Win8, just use the various tools out there to turn off the annoying crap. It's not that difficult.

I don't like Win8 for many reasons, but it IS fixable.

Originally posted by Bozobub: Again, you're overreacting. Just use Win7, it IS sufficient for now, and a good long while. If you are stuck with Win8, just use the various tools out there to turn off the annoying crap. It's not that difficult.

I don't like Win8 for many reasons, but it IS fixable.

First of all...I will post what I WANT when I want. Got that?
I could care less if you agree with it or not. And stop acting like you are the internet police!

Second, I do not think win 8 IS fixable!

It's MAIN PURPOSE was for MOBILE applications...not a PC...you cannot "fix" that!

Why you insist that this is fixable I do not know, but we are not talking about something made strictly for a computer...it was made for a phone FIRST and foremost....then it was ported to a computer.

win8.1 can be configured to load straight to your desktop & has or an use a 3rd party program for start button.

Um, no, you are confused, I'm afraid, joebloe12. Nor have I implied that I am the "internet police". But hyperventilating and hyperbole is NOT going to help anything at all, now will it? Nor can you "post whatever you want", as you will find out VERY quickly, if you irritate the mods. Got that, to steal your line?

Windows 8 is an attempt (although not very well-executed) to bring the same user experience to all Windows devices. It is in no way an attempt to make them the same "under the hood", so to speak, although RT is arguably just a "fat" Windows Phone 8 - lol. Windows 8 for PCs is not a port of Windows Phone 8; not even close; they merely have the shared capability to run Metro apps. It IS a port, essentially, of Windows 7. In my opinion, it should have been a Service Pack, not a new OS version.

That said, the 8.1 update, combined with several settings changes and a few 3rd-party tools DOES pretty much turn Windows 8 into a Windows 7 clone, albeit with some new features and access to a newer version of DirectX. You do NOT have to deal with the Metro crap, for example. In fact, if you turn off UAC completely (not by the slider in the Control Panel; it's either a Local Policy in Administrative tools or a regedit, depending on whether or not you have "Pro"), Metro apps actually refuse to run!

Again, I don't particularly like Windows 8, and I agree, there's simply no reason to "upgrade" to 8/8.1, if you already have 7. But hysterics and rudeness simply won't avail you. If you don't have Win8, don't get it. If you already have it. get rid of the crap that annoys you, as is (now) completely possible. A hissy fit won't do much of anything, besides leaving you lightheaded and annoying everyone around you.

I'm with Bozobub. I agree with everything he's posted. Except I don't mind Win8. And I use both.

Win8.1 needs taming sure. Get rid of a lot of the app crap. And that's not fair to noobies true. But once done it works fine, you can hardly tell the difference ffs lol. I mean really come on! Haha. It just has some extra features. If it was slow I'd have a problem with it but it actually runs games a bit faster.

It's probably not worth the upgrade to but it's not that bad... at all. You're way over-reacting joebloe.