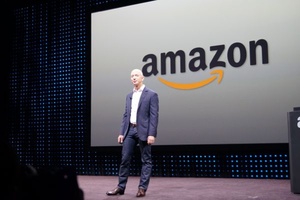 Yet another report has surfaced that Amazon is preparing to launch a Kindle smartphone in the Q2 2014.
A new report from hit-and-miss Taiwanese supply chain outlet Digitimes claims that Primax Electronics has received orders from the e-commerce giant
for compact camera modules (CCM) that include floating point technology, with each new smartphone includes six CCMs.

The new report gives credence to previous rumors that the Kindle smartphone will have four front-facing cameras allowing for 3D rendering and also motion control without needing to touch the screen. The other two cameras will be the standard front and rear for pictures and video chat.

hope its good if true!