Recent headlines | OnePlus is returning to its roots with upcoming affordable smartphone
AfterDawn > News > Hundreds of thousands of Yahoo.com users hit with malware

Hundreds of thousands of Yahoo.com users hit with malware 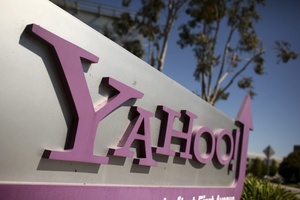 Yahoo has confirmed that their advertising servers had been hijacked allowing malware to be distributed to hundreds of thousands of users.
Two security firms first brought the situation to light, including Fox IT, who wrote: "Clients visiting yahoo.com received advertisements served by ads.yahoo.com. Some of the advertisements are malicious." The regular ads were replaced with an "exploit kit" that "exploits vulnerabilities in Java and installs a host of different malware."

The malware appears to have started on December 30th, and lasted a few days. Yahoo says, "At Yahoo, we take the safety and privacy of our users seriously. We recently identified an ad designed to spread malware to some of our users. We immediately removed it and will continue to monitor and block any ads being used for this activity."

While they were active, "malicious payloads were being delivered to around 300,000 users per hour," said Fox IT, who estimates 27,000 users per hour were clicking on them and becoming infected.
Tweet
Tags: malware Yahoo
<HTC has yet another awful quarter >Square, Griffin show off integrated case reader for merchants
Previous Next

Best argument for AdBlock+ I have ever seen. No ad, no malware.

This doesn't surprise me....It IS Yahoo after all.

I've had Google-sponsored ads attempt to ply me with malware in the past; in fact, that's why I use AdBlock+ now. It's not just a "Yahoo thing".

Yahoo is the leading supplier of spam for my e-mail account. They enable Canada to peddle Rx meds, and all the scammers who want to F*** me, saying they saw my picture or profile on a social site.
Really farcical, as I have never used the web sites alleged.
Easy to judge the character of Yahoo, by the company they keep.

Pay attention to what you are intending to do.

Originally posted by rulisky: Pay attention to what you are intending to do.

It wasn't about clicking on anything at all. Malware in a banner ad can attempt to infect you with no action on your part at all.
Comments have been disabled for this article.