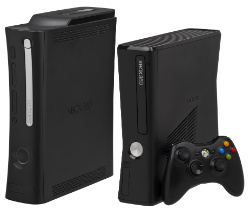 Pizza Hut has said that Xbox Live gamers bought over a million dollars worth of pizzas from its Xbox Live apps in four months.
The Pizza Hut app on Xbox Live launched in April of last year, featuring the chain's menu and also supporting Kinect and voice commands for customers to customize their own pizzas.

"It's been a source of unbelievable growth for us," Pizza Hut director of public relations Doug Terfehr told Polygon.

"Just the explosion of people who wanted to download it, experiment with it, play with it with Kinect. As soon as we did one, everyone was contacting us to do the next [one]."

Terfehr said that Pizza Hut is certainly not done in the space, but did not elaborate on whether the chain plans to bring apps to other gaming platforms.
Tweet
Tags: Xbox Live Pizza Hut
<Samsung: Affordable OLED years away, 4K transition will happen faster >U.S. states probe Target data breach
Previous Next Write a comment
Comments have been disabled for this article.