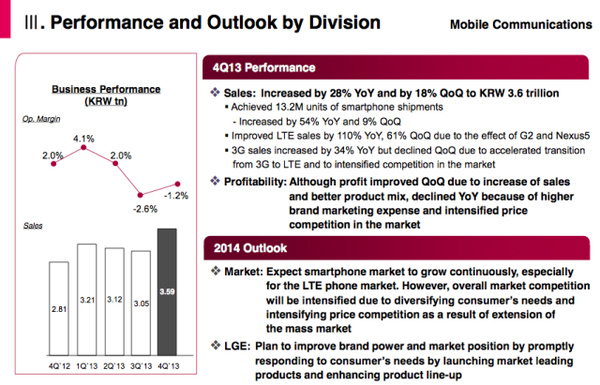 Last night, Korean giant LG released its quarterly earnings report, showing a huge boost in smartphone sales.
For the Q4, the company grew smartphone sales to 13.2 million units, up 54 percent year-over-year, thanks to strong sales of the flagship G2 and the Nexus 5, built for Google.

LTE-capable phones jumped 110 percent for the company, mainly again thanks to the Nexus and G2.

Total revenue for the LG mobile division was $11.85 billion, up 29 percent year-over-year. Despite the strong quarter, pricing and higher advertising costs did lead to a negative operating margin for the business, down from a positive 2 percent during the same quarter in 2012. 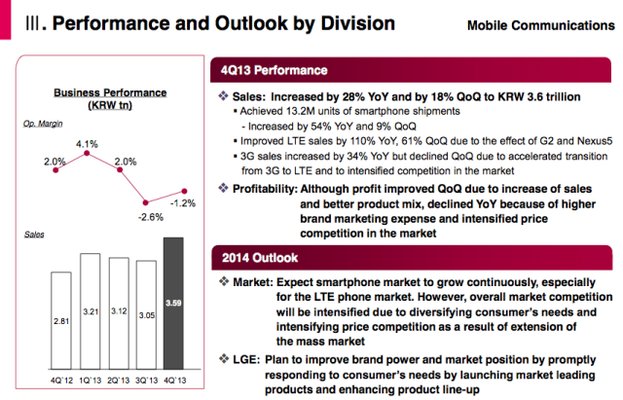