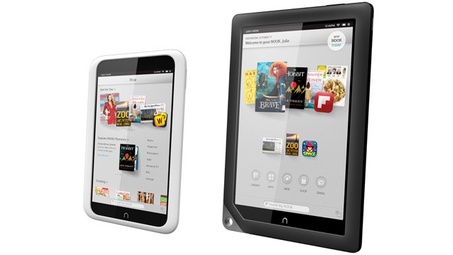 Barnes & Noble has confirmed that it has laid off a significant portion of its Nook hardware engineering division, including their VP of Hardware, Bill Saperstein, over the past few weeks.
"We've been very clear about our focus on rationalizing the NOOK business and positioning it for future success and value creation. As we've aligned NOOK's cost structure with business realities, staffing levels in certain areas of our organization have changed, leading to some job eliminations. We're not going to comment specifically on those eliminations," said the company (via BI).

The Nook hardware division was in charge of the once popular Nook e-readers as well as the unpopular Nook tablet line. After a decent start, revenue began crashing and losses mounted, making the division the worst performing for all of B&N.