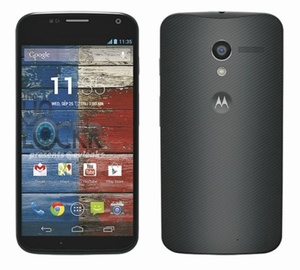 According to a new report, Motorola had envisioned an Android superphone for Google, but Google CEO Larry Page refused to have it made.
The company wanted to create a Google-powered, fully integrated superphone, but Google would not sign off. What ended up happening was the Moto X, which is still an incredible device, but was more a Motorola device than a Google one.

One of the examples of the software/hardware Motorola was looking to build with Google is highlighted in the report: "Motorola wanted to work more closely with the Google team that develops natural language processing technologies, which help computers understand naturally-spoken phrases rather than a limited set of commands. Deeply integrating such technology with Motorola hardware could enable people to use a much wider array of voice commands and speed up the time it took for the smartphone to respond to commands."

Larry Page prohibited Motorola's engineers from working with Google's Android team after the acquisition. Page did not want to upset Android's powerful partners, including Samsung, LG and Sony, which makes perfect sense and was a viable fear. Additionally, Page refused to back the Moto X with a major marketing campaign, like Apple and Samsung do with their flagships.
Tweet
Tags: Google Motorola
<Here is the Oppo Find 7 >R.I.P. Popcorn Time: The 'Netflix of piracy'
Previous Next

Should have reached out to Google before they got acquired by them.