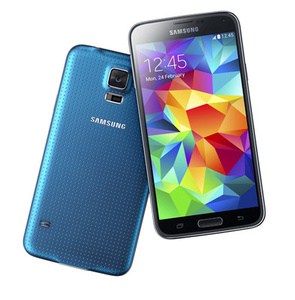 Reports out of Korea seem to confirm that the Samsung Galaxy S5 is selling well, or at least significantly better than its predecessor, the S4.
Setting a Samsung record for first day sales, the smartphone has topped the previous mark by 30 percent.

In some key European markets, the S5 doubled the first day sales of the S4, and would have likely been even higher had there been more supply to keep up with demand, says the report.

Launching in 125 nations, with 25 more to join in the coming days, the S5 was the biggest launch for Samsung, ever.

So have they made one thats better than the s3 note?

Copyright infringement is nothing more than civil disobedience to a bad set of laws. Lets renegotiate them.
214.4.2014 15:13
Mrguss
Send private message to this user
Senior Member

Nope.
But only the smart peps. will wait for the Note 4.