Xbox One without Kinect coming June 9 for $399 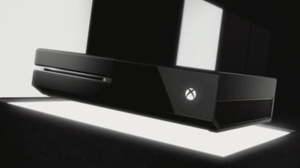 Microsoft will offer consumers an Xbox One console without Kinect for $399 from June 9, as it aims to catch up on Sony's lower priced PlayStation 4.
The Kinect-free Xbox One will sell in all markets where the Xbox One is currently sold from June 9, starting at $399. The decision to bundle Kinect with all Xbox One consoles was criticized from the very beginning, not least because it meant the console would cost $100 more than the PS4.

Since launching last year, Sony has sold more than 7 million PS4 consoles and over 20 million PS4 software sales. Microsoft indicated in its Q2 2014 earnings report that 3.9 million Xbox One consoles have shipped to date.

This is not the first time Microsoft has changed strategy with Xbox One based on negative feedback. Not long after announcing the Xbox One, Microsoft started taking fire or its requirement to check in online at least once every 24 hours, and tying games to an Xbox One user raised questions about the ability to play pre-owned games.

Along with the decision to sell an Xbox One without Kinect, Microsoft is also changing Xbox Live so that you will no longer need an Xbox Live Gold account to use apps like Netflix, YouTube, ESPN and more. That decision was likely prompted by the continuing growth of video streaming services, and the growing number of set-top boxes, hardware devices, smart TVs etc. that support them on the market.

Xbox Live Gold members with Xbox One will also benefit from Games with Gold from June, which has given Xbox 360 players free games for the past year. Deals with Gold will also come to Xbox One from June, providing discounts for games each month. The first titles offered in June will include "Forza Motorsport 5," "Ryse: Son of Rome," and a few "other surprises."
Tweet
Tags: Microsoft Xbox One
<Xbox Live Gold requirement for Netlix, Hulu to be scrapped? >Grand Theft Auto 5 sells 33 million copies
Previous Next

At least Microsoft is listening to consumers.

Yep, finally makes the Xbox One attractive...especially the no need for Gold anymore to just watch services you already pay for...

AfterDawn News
AfterDawn Guides
One of the largest collections of software on the Web: AfterDawn Software Section
313.5.2014 20:03
GryphB
Send private message to this user
Member

IMHO I don't consider it attractive at all. What they should have done was keep Kinect and lower the price to $399 (thus keeping to their much touted original design plan they crowed about). Because before it was the less powerful/capable but more expensive system while now it's still the less powerful/capable but same priced system...not much of a deal if ya ask me.

No thanks, put in full 360 and original Xbox emulation and I will buy in, until then its not worth my time.

Copyright infringement is nothing more than civil disobedience to a bad set of laws. Lets renegotiate them.
716.5.2014 15:40
voyager
Send private message to this user
Member

Good to hear that but also wish to see a redesign model of Xbox one cuz this one still looking like a VCR. LOL... I wonder how much they paid the designer? cough cough ha ha

Originally posted by TrinUK: LOL... I wonder how much they paid the designer? cough cough ha ha

haha ,this was the first liked image of Xbox One in United Kingdom magazine.
Comments have been disabled for this article.