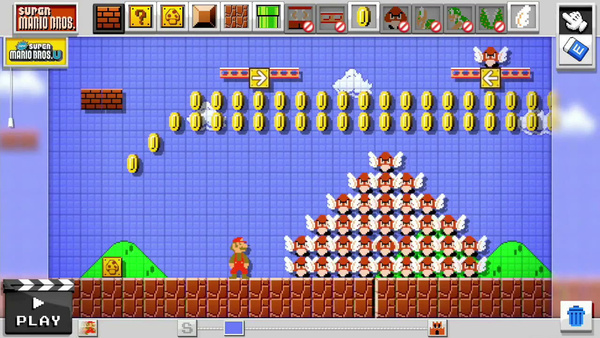 Mario Maker is coming to the Wii U console, and it lets you edit and play your own Super Mario Bros. levels easily.
At Nintendo's E3 press briefing it showed off gameplay footage of Mario Maker, displaying how easy it is to create complex environments and play them through.

The level editor shown looks like it will be a lot of fun to play with. You seem to be able to switch between "old" and newer graphics too.

Unfortunately this game doesn't come out until next year, however.

i have seen mario bros youtube videos and their is various hacks and mods people have been doing for years on older version including creating levels.To me it seems nintendo has taken ideas and made them their own officially

Definitely. But for the non-techies and lazy nostalgia, this will sell consoles. And finally a gimmick for that stupid controller.