Recent headlines | End of an era: iPod discontinued - the device that revolutionized music industry
AfterDawn > News > T-Mobile to allow consumers to 'Test Drive' an iPhone 5S for free for a week 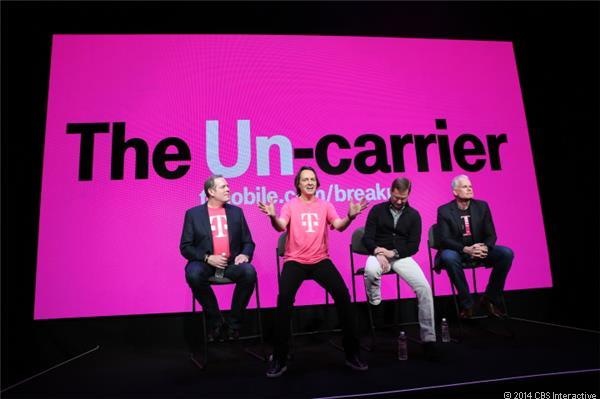 Speaking today during the carrier's "Uncarrier 5.0" event, T-Mobile US CEO John Legere has announced a new plan that will let consumers test an iPhone 5S for free for a week.
As part of their "Test Drive," new users to T-Mobile get unlimited 4G LTE data and a free phone for a week. If you do not like the network, you can cancel at no cost.

Of course, you will have to give T-Mobile your credit card number before the trial starts so if you decide to keep the phone or destroy it, the carrier will charge you $700.

To kick off Un-carrier 5.0, T-Mobile today introduced "T-Mobile Test Drive" and pioneered a new way to buy wireless in the U.S. With T-Mobile Test Drive, anyone can get an iPhone 5s and unlimited nationwide service to take T-Mobile's network for a data-intensive, seven-day spin at no cost.

Starting June 23, people can sign up for T-Mobile Test Drive at www.t-mobile.com/testdrive. A few days later, they'll receive an iPhone 5s and they can put T-Mobile's data-strong network to the test for seven full days.

They don't need to give me a week for "free"; the shitty iCrap-thing will be in a garbage as soon I touch it.