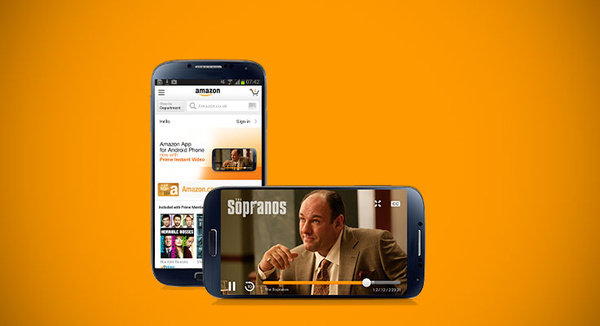 Amazon has updated their Android phone app this week, adding Prime Instant Video streaming services for users in the U.S., UK and Germany.
In addition to being able to shop as usual from the app, Prime subscribers can also watch tens of thousands of TV episodes and movies.

Unfortunately, Amazon has made it a bit of a process to actually start watching the shows and films. Once you update your Amazon app, you will be re-directed to an in-app download of the Amazon Instant Video player app, which needs to be downloaded from the Amazon Appstore, not the Googly Play Store. To be able to download from the Amazon App Store you will have to change your phone settings to be able to install apps from "unknown sources."

Not the easiest process, but it only has to be done once. If you don't feel comfortable downloading from "unknown sources" (even a giant like Amazon) you will not be able to stream the video on your phone.

Amazon has recently made some big deals for their streaming service, including adding older HBO shows and adding a number of original shows. Prime costs $99 per year and gives you free two-day shipping on most items, free Prime Instant Video, free Kindle books and free Amazon Prime Music.

Would be more convenient if I didn't mind installing the amazon app store again.

My workaround has been using a 3rd party browser that supports flash and viewing desktop version of their sites to watch videos.